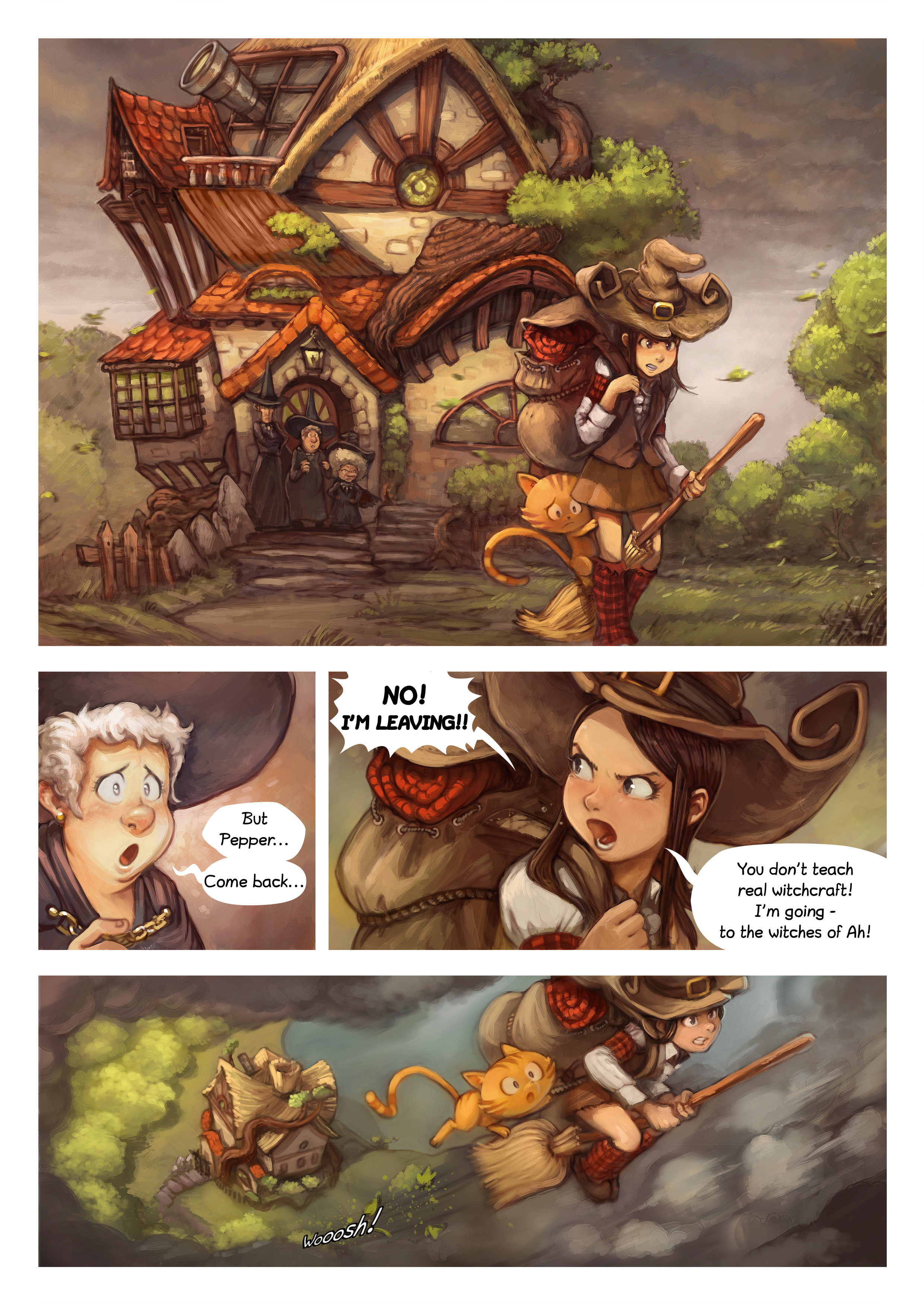 Cumin
But Pepper... Come back...
Pepper
NO! I'M LEAVING!!
You don't teach real witchcraft! I'm going - to the witches of Ah!
Sound
Wooosh! 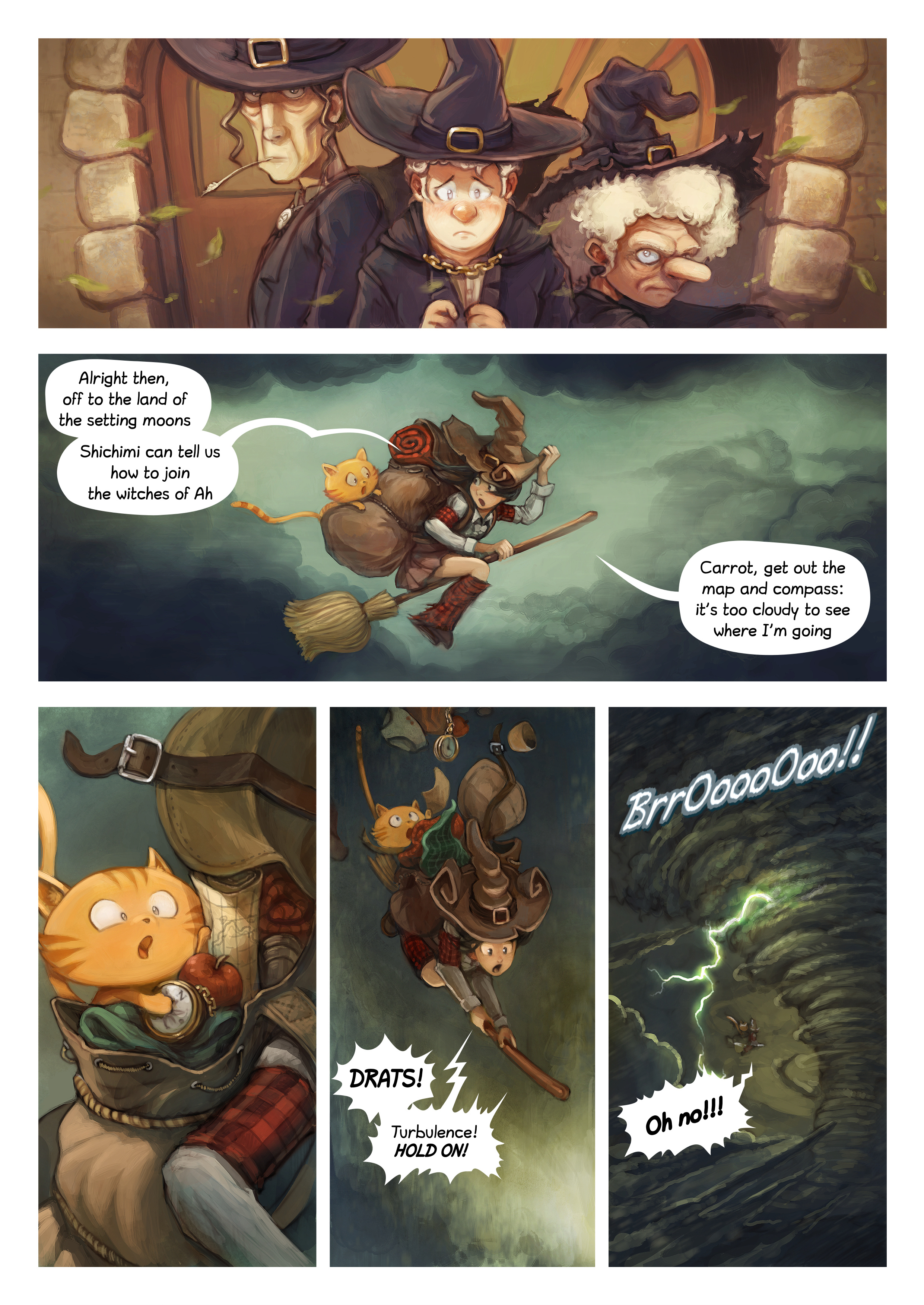 Pepper
Alright then, off to the land of the setting moons Shichimi can tell us how to join the witches of Ah
Carrot, get out the map and compass: it's too cloudy to see where I'm going
Writing
N
Pepper
DRATS! Turbulence! HOLD ON!
Sound
BrrOoooOoo!!
Pepper
Oh no !!! 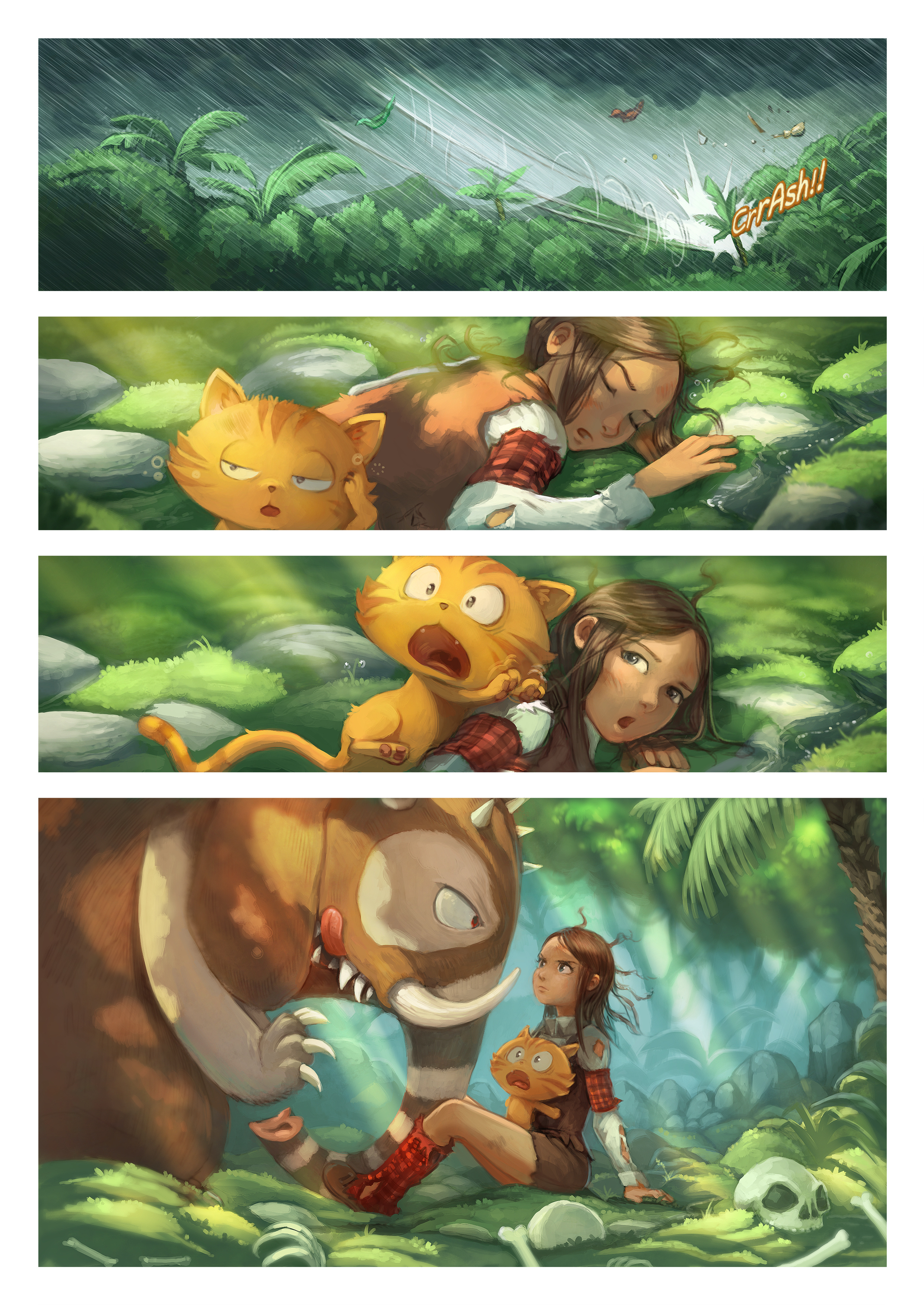 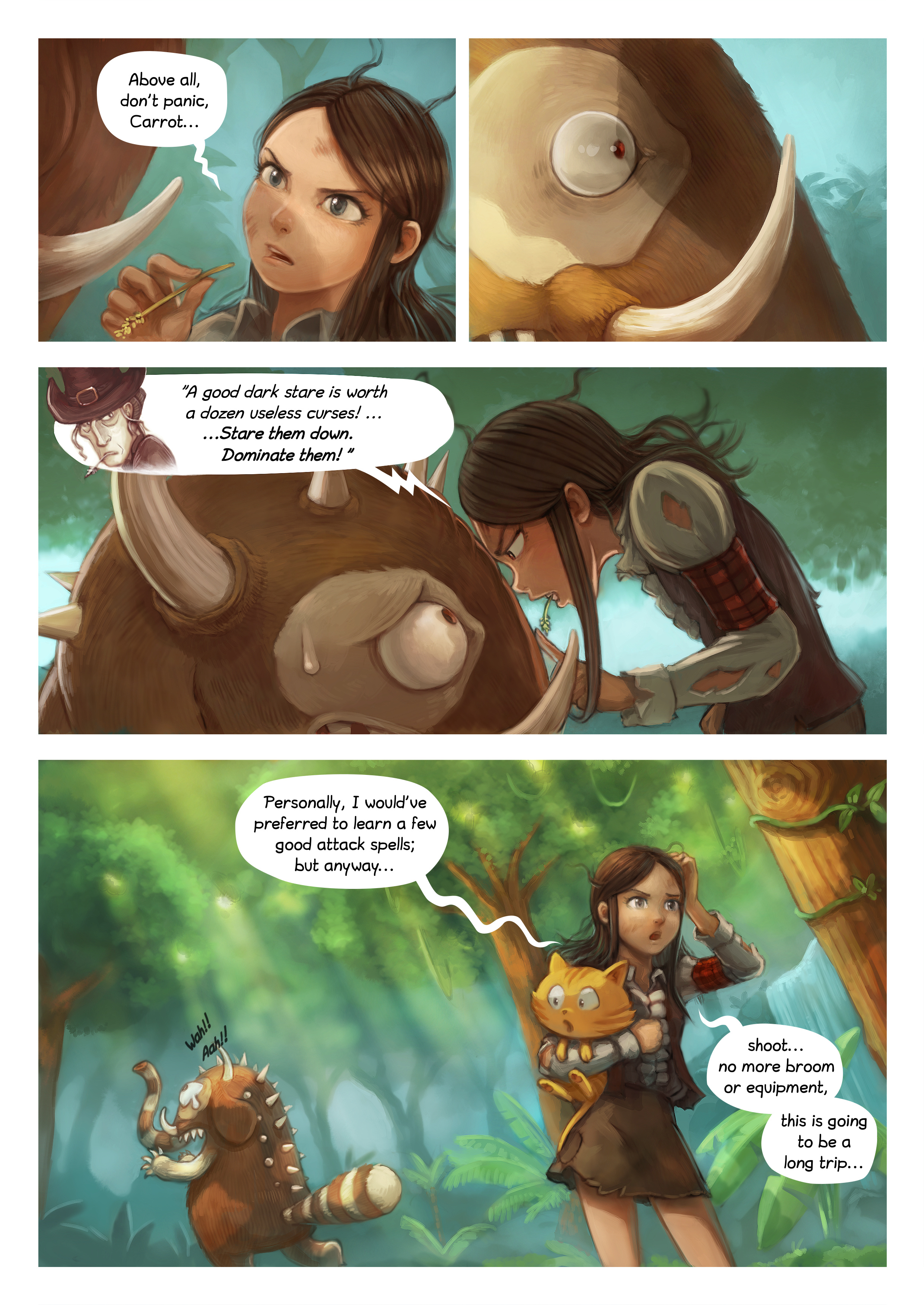 Pepper
Above all, don't panic, Carrot...
Cayenne
"A good dark stare is worth a dozen useless curses! ... ...Stare them down. Dominate them! "
Monster
Wah!!
Aah!!
Pepper
Personally, I would've preferred to learn a few good attack spells; but anyway...
shoot... no more broom or equipment, this is going to be a long trip... 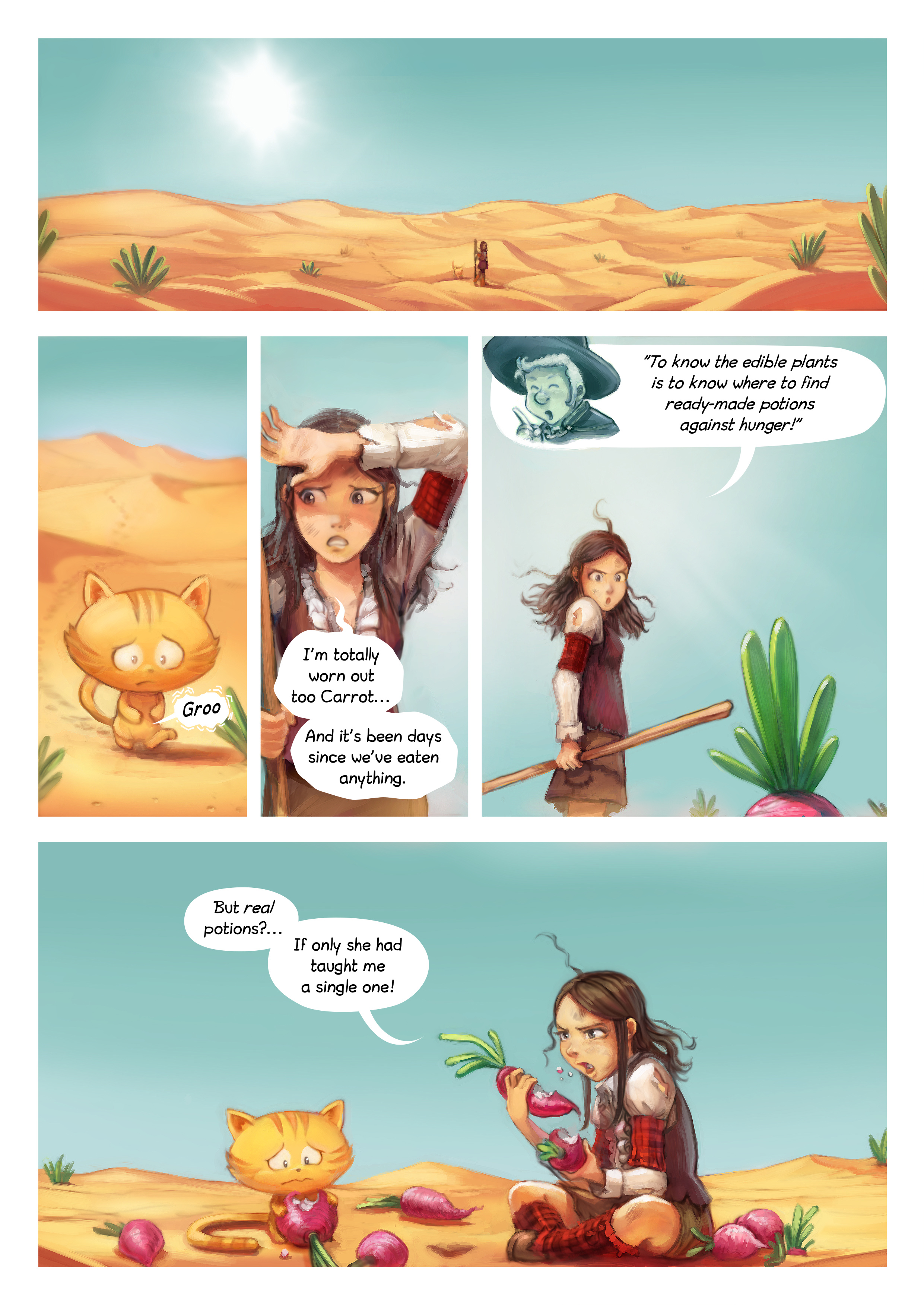 Carrot
Groo
Pepper
I'm totally worn out too Carrot... And it's been days since we've eaten anything.
Cumin
"To know the edible plants is to know where to find ready-made potions against hunger!"
Pepper
But real potions?... If only she had taught me a single one! 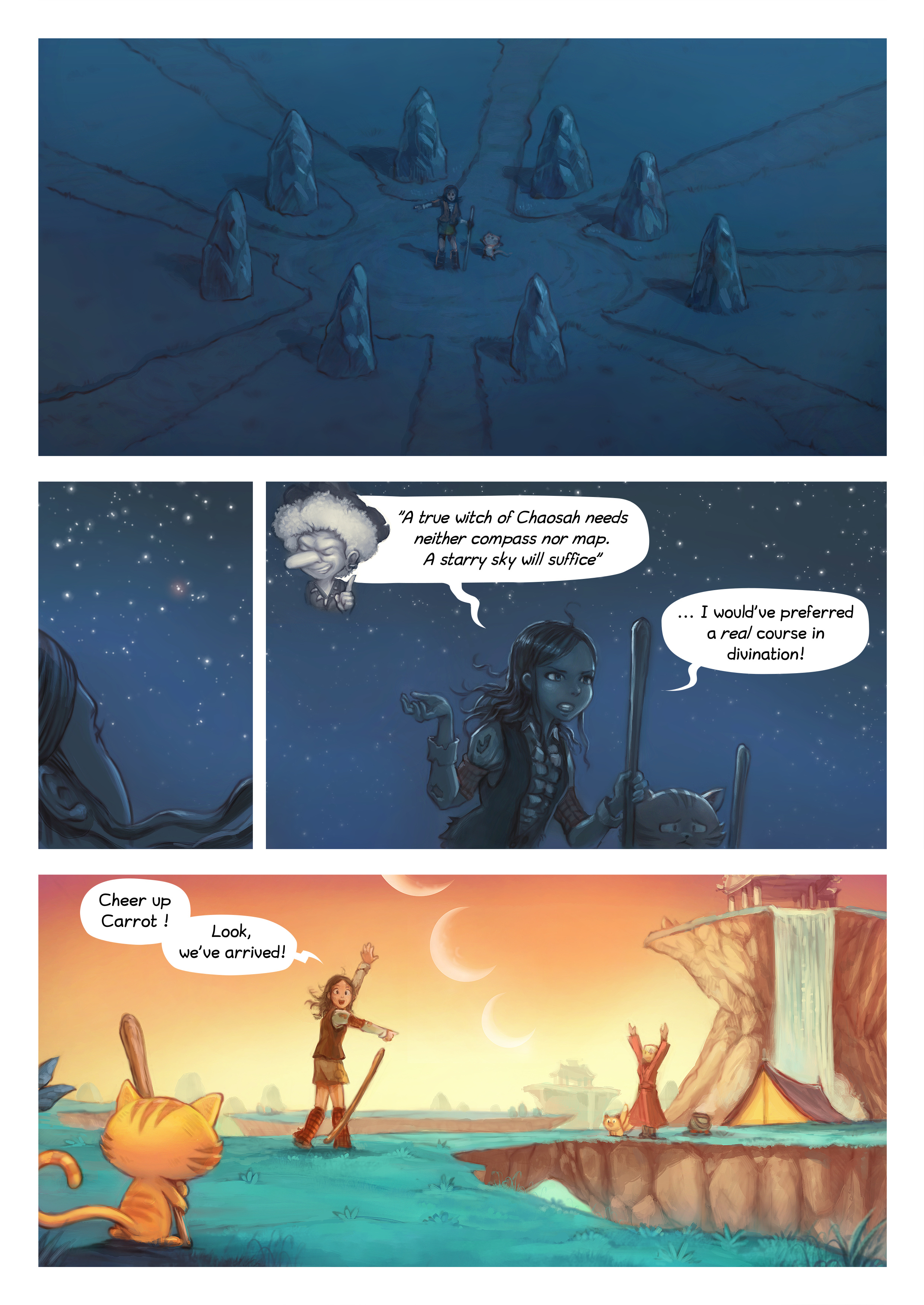 Thyme
"A true witch of Chaosah needs neither compass nor map. A starry sky will suffice"
Pepper
... I would've preferred a real course in divination!
Cheer up Carrot ! Look, we've arrived! 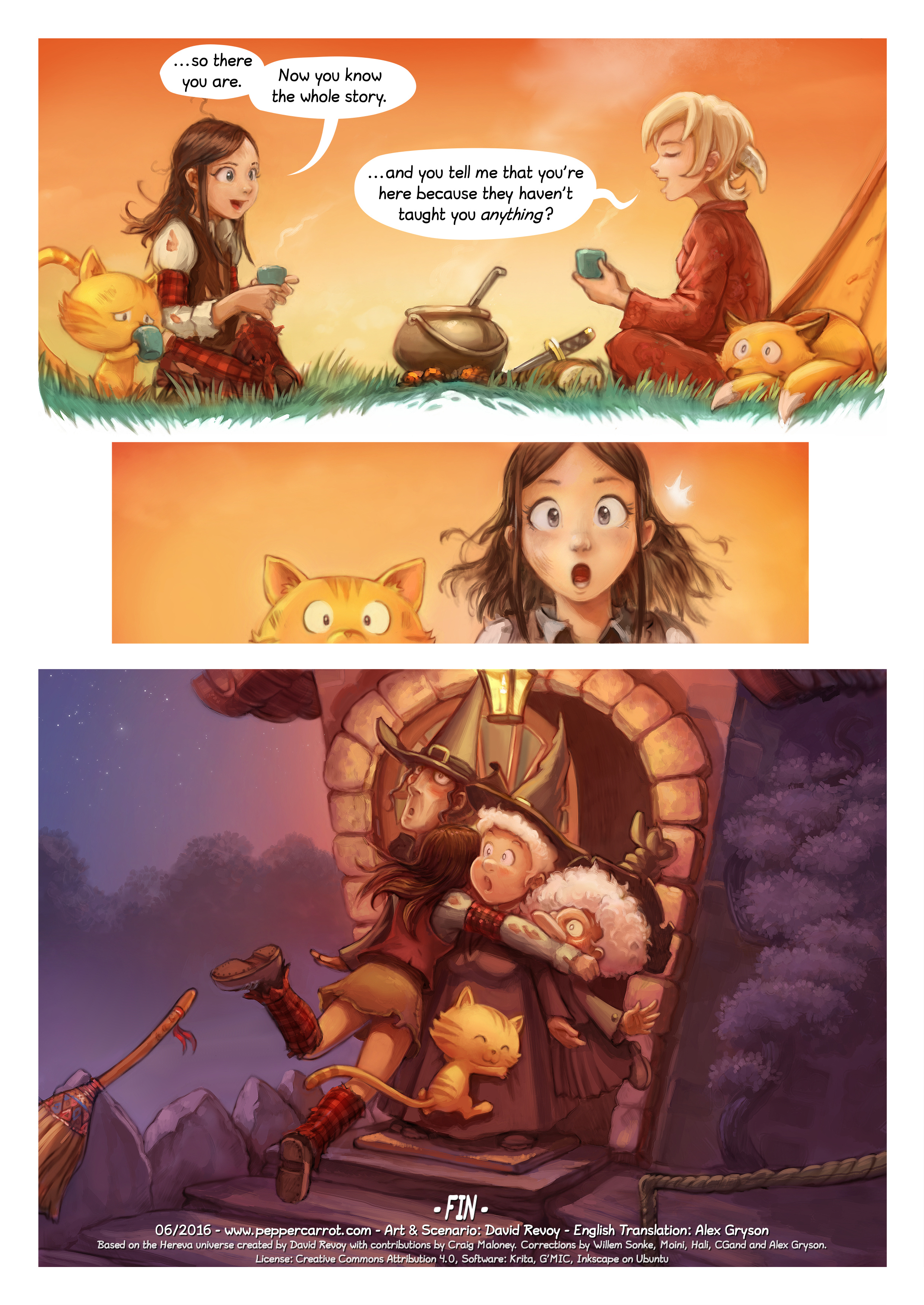 Pepper
...so there you are. Now you know the whole story.
Shichimi
...and you tell me that you're here because they haven't taught you anythin g ?
Narrator
- FIN -
Credits
06/2016 - www.peppercarrot.com - Art & Scenario : David Revoy - English Translation : Alex Gryson
Based on the Hereva universe created by David Revoy with contributions by Craig Maloney. Corrections by Willem Sonke, Moini, Hali, CGand and Alex Gryson.
License : Creative Commons Attribution 4.0, Software: Krita, G'MIC, Inkscape on Ubuntu 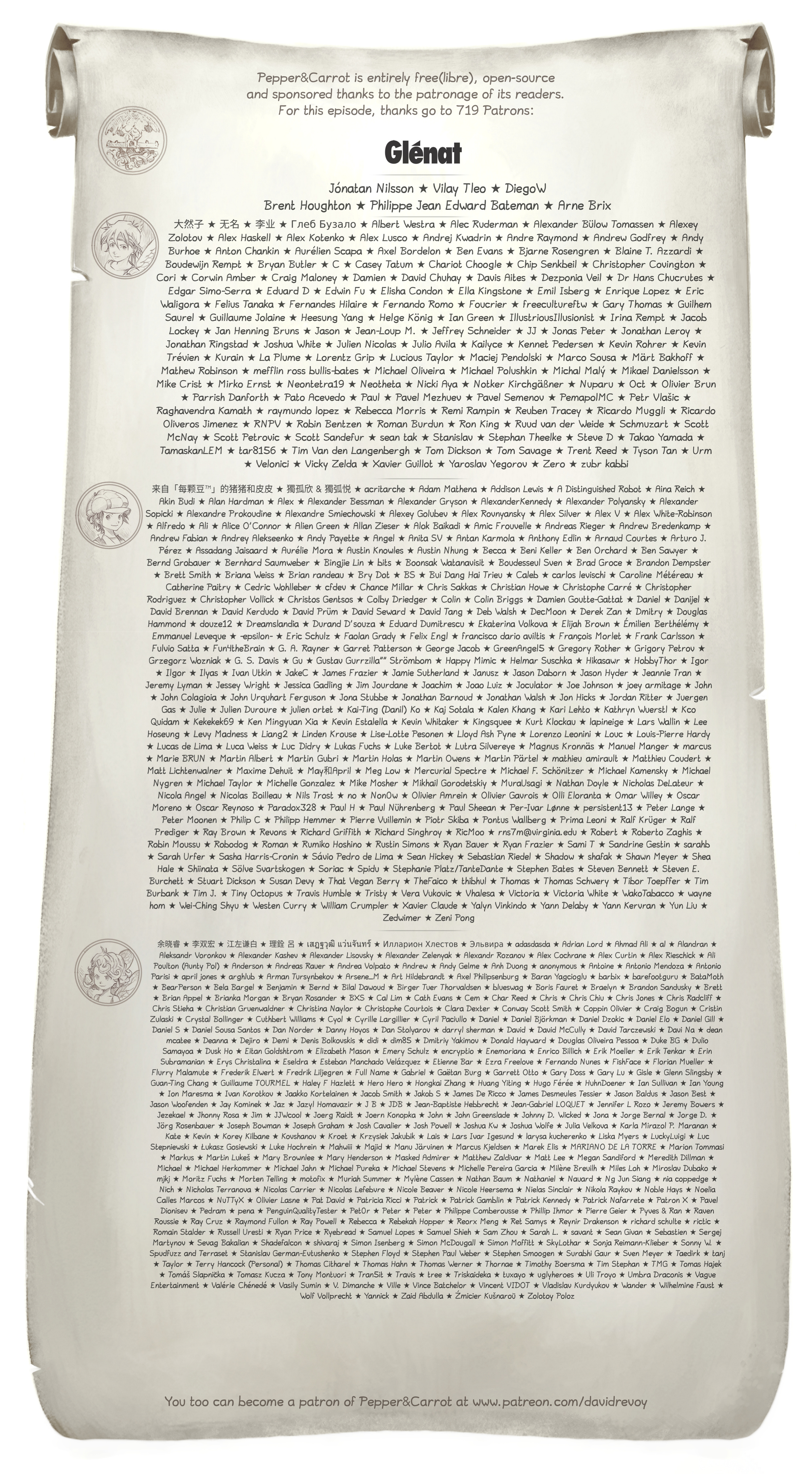 Credits
Pepper&Carrot is entirely free(libre), open-source and sponsored thanks to the patronage of its readers. For this episode, thanks go to 719 Patrons:
You too can become a patron of Pepper&Carrot at www.patreon.com/davidrevoy