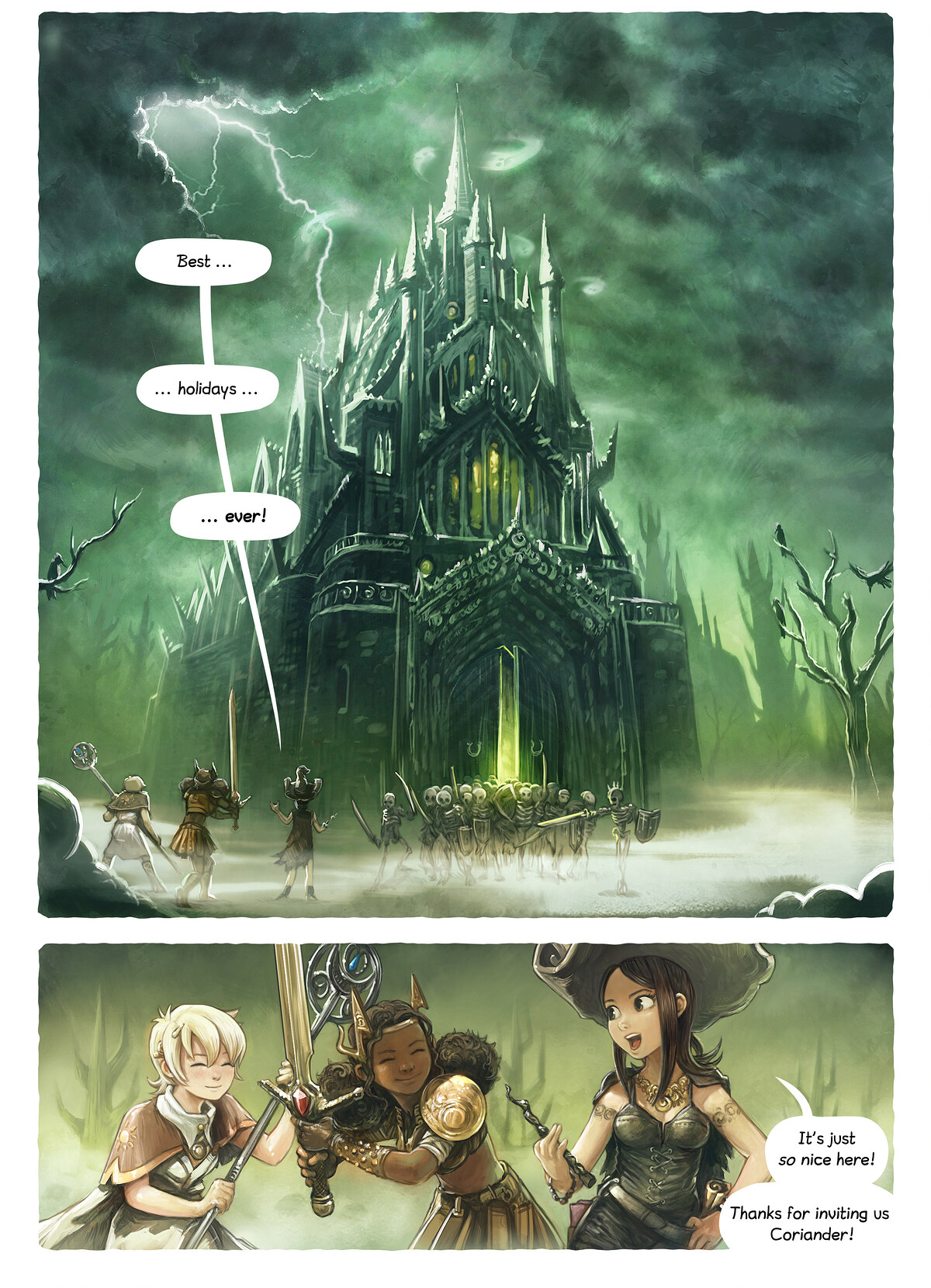 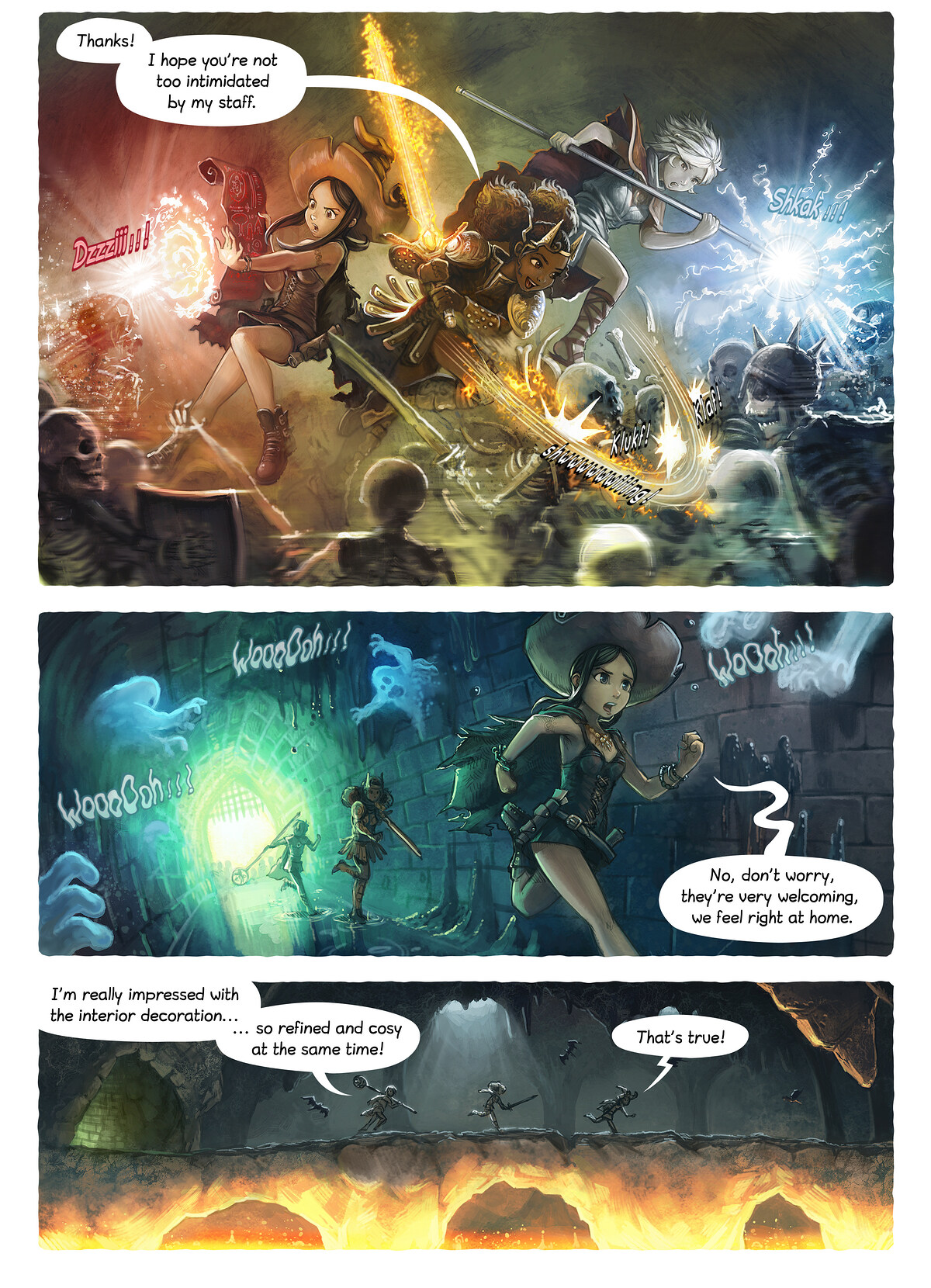 Coriander
Thanks ! I hope you're not too intimidated by my staff.
Sound
Dzzziii!!!
Shkak!!!
Klukf!
Klaf!
shwwwwwwiiing!
Monster
WoooOoh!!!
WoooOoh!!!
WoOoh!!!
Pepper
No, don't worry, they're very welcoming, we feel right at home.
Shichimi
I'm really impressed with the interior decoration... ... so refined and cosy at the same time!
Pepper
That's true! 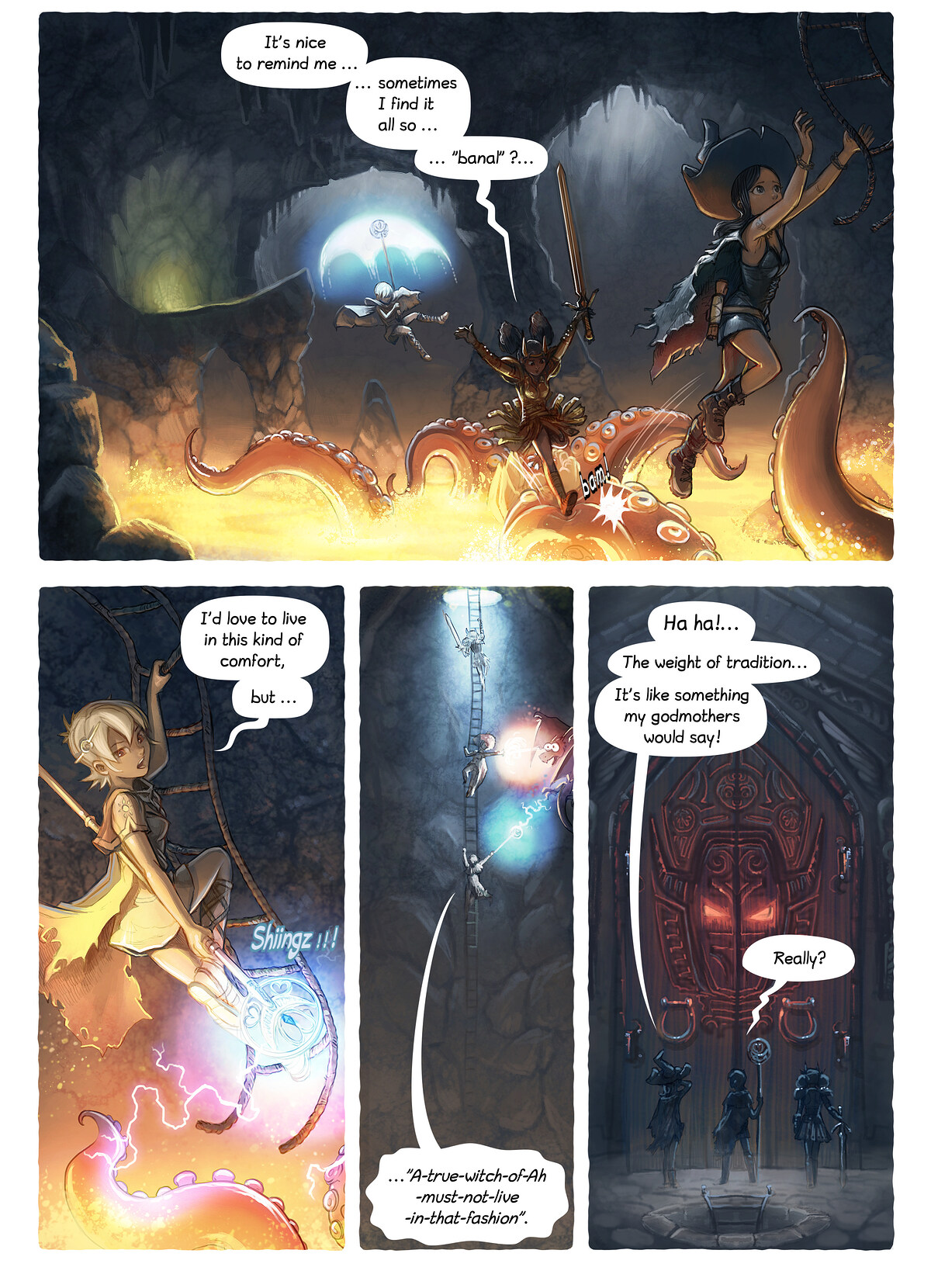 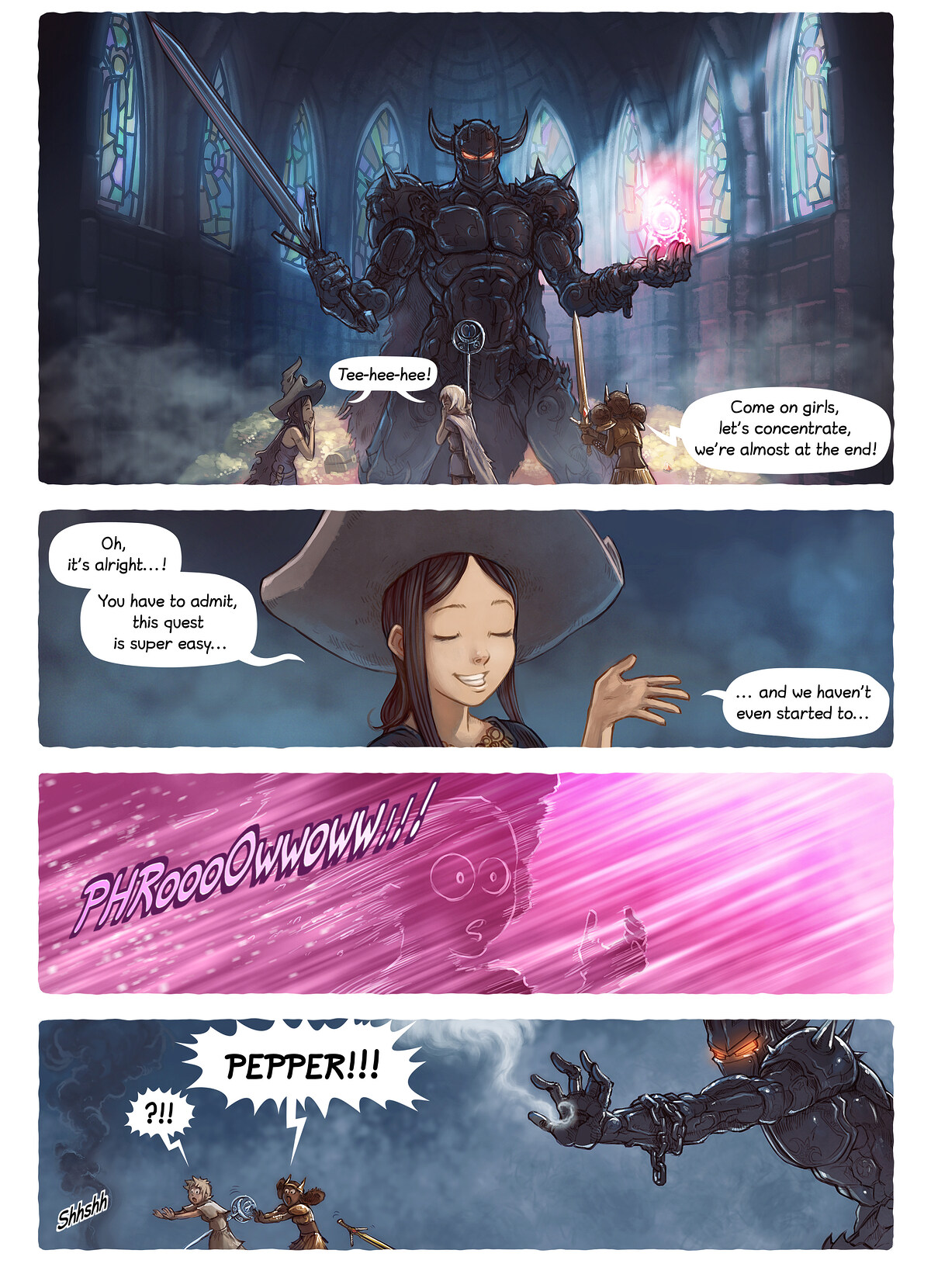 Pepper & Shichimi
Tee-hee-hee!
Coriander
Come on girls, let's concentrate, we're almost at the end!
Pepper
Oh, it's alright ... ! You have to admit, this quest is super easy... ... and we haven't even started to...
Sound
PHRoooOwwoww!!!
Coriander
PEPPER!!!
Shichimi
?!!
Sound
Shhshh 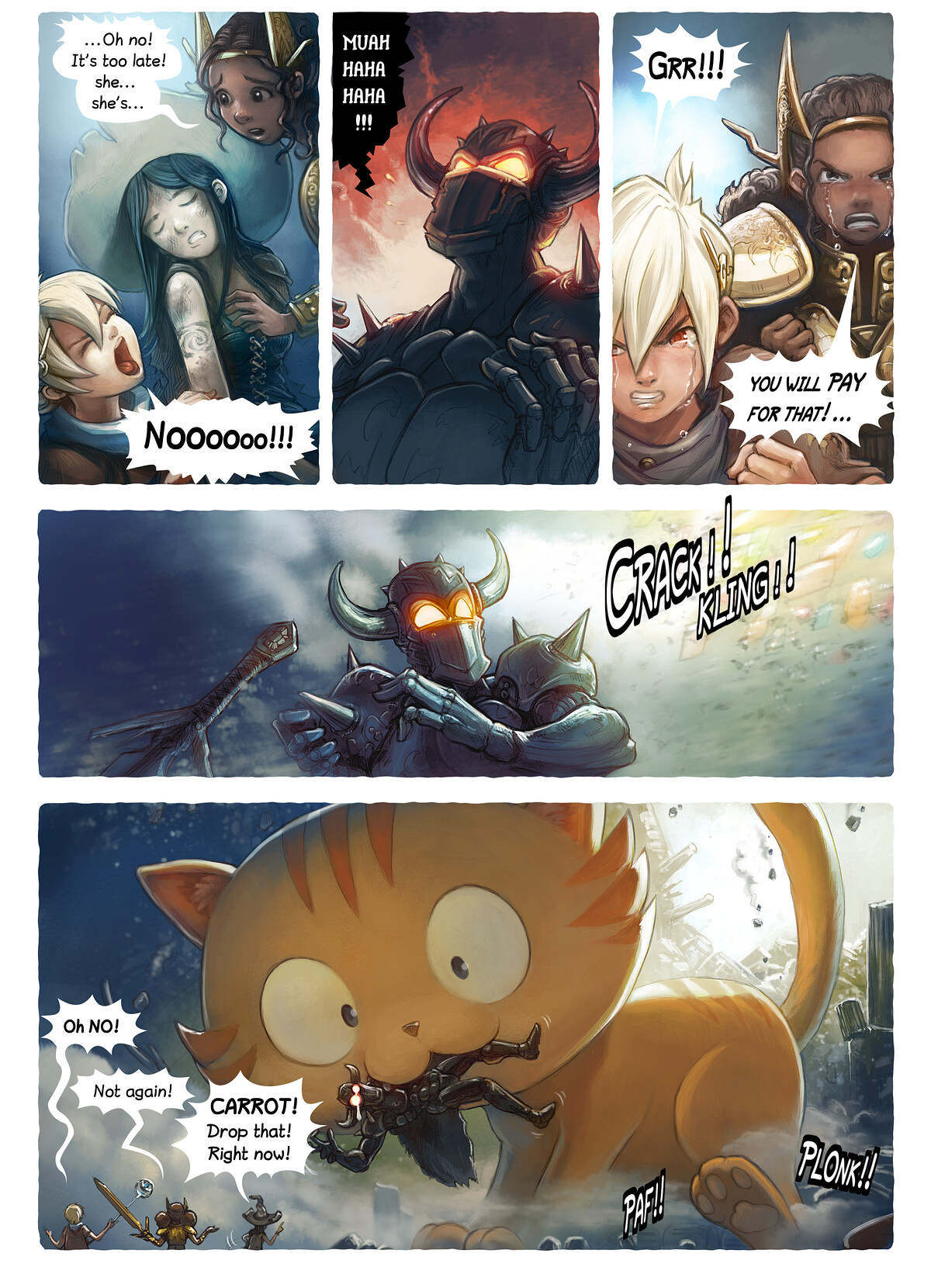 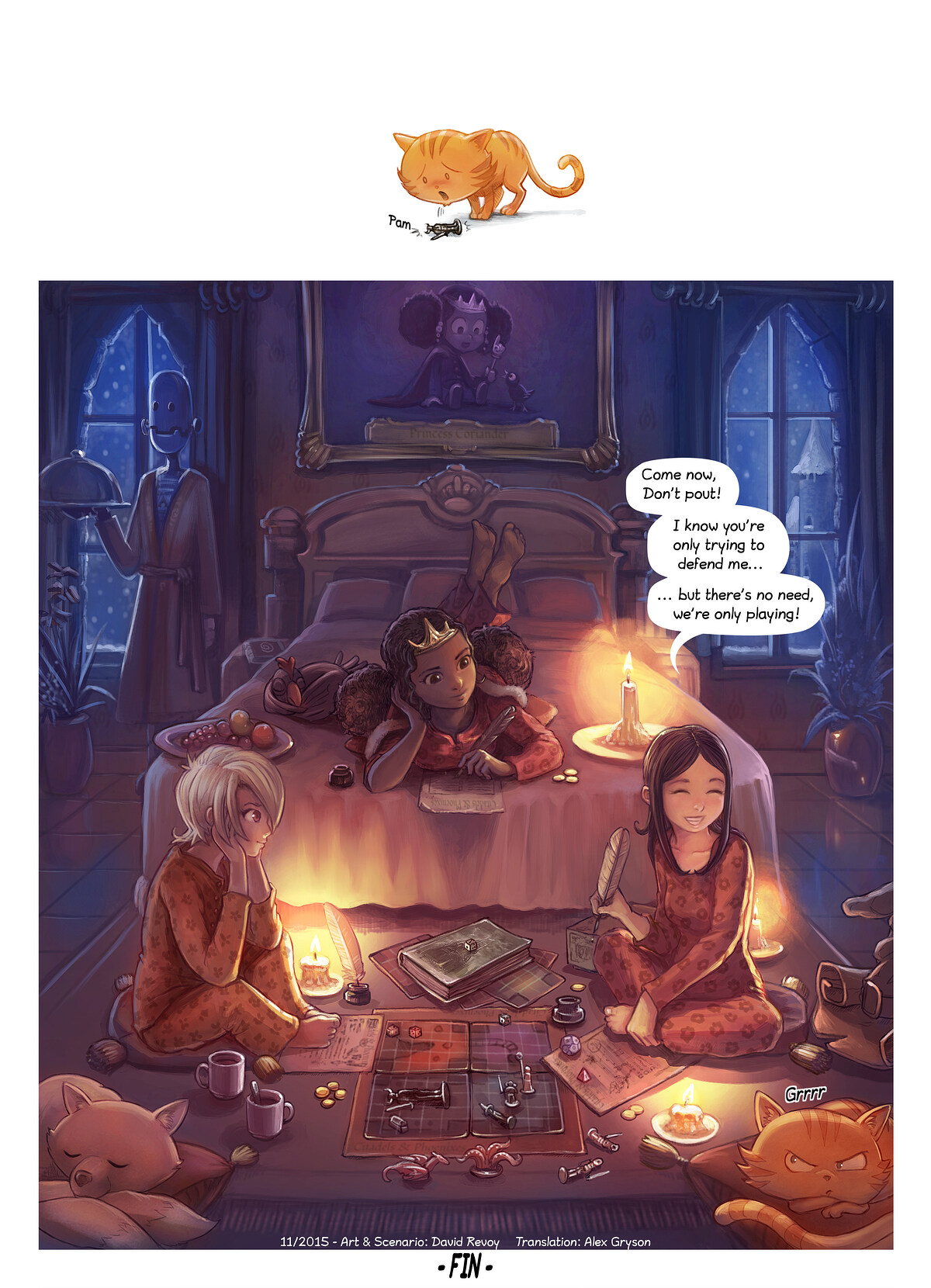 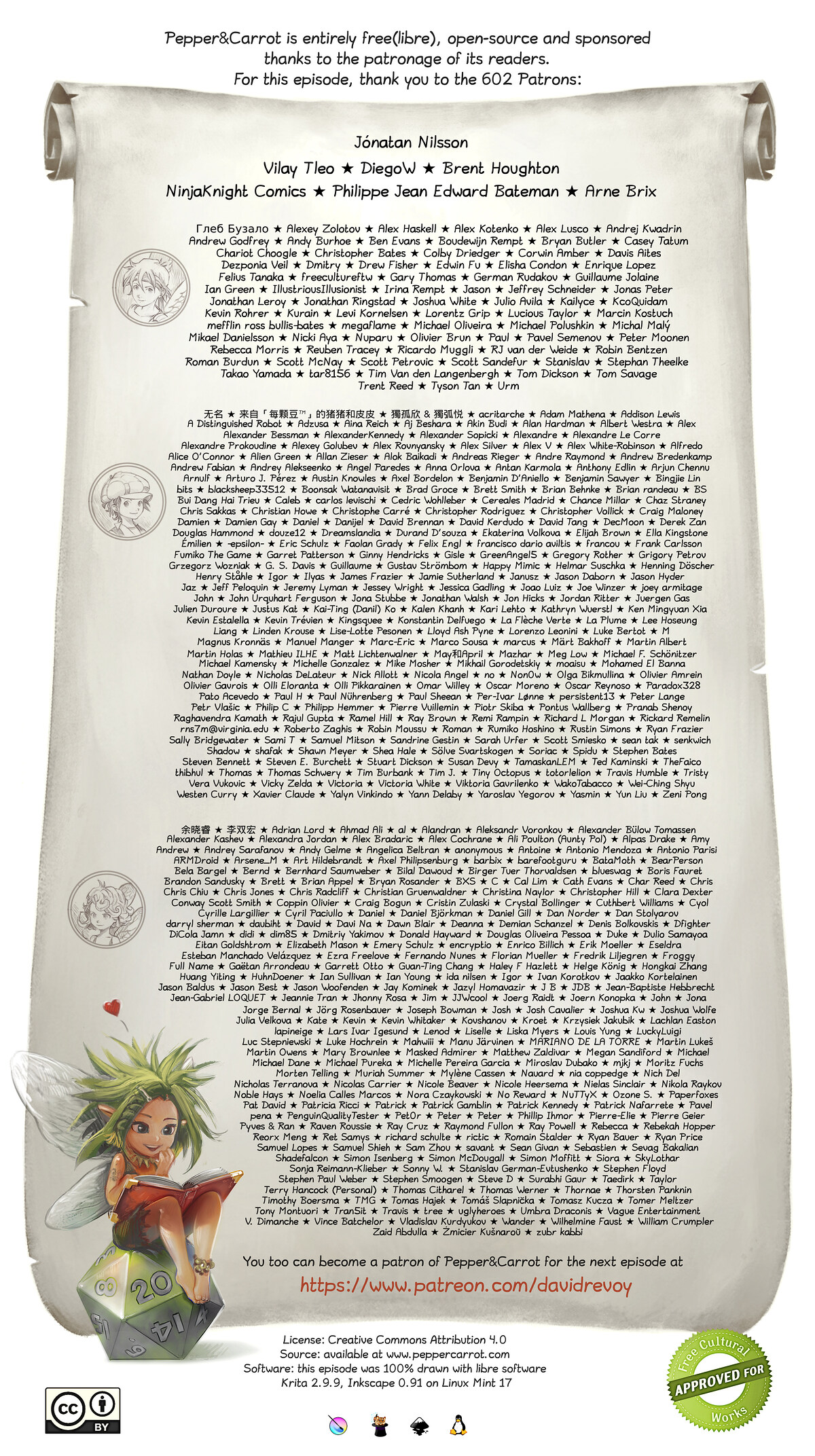 Credits
Pepper&Carrot is entirely free(libre), open-source and sponsored thanks to the patronage of its readers. For this episode, thank you to the 602 Patrons:
You too can become a patron of Pepper&Carrot for the next episode at https://www.patreon.com/davidrevoy
License : Creative Commons Attribution 4.0 Source : available at www.peppercarrot.com Software : this episode was 100% drawn with libre software Krita 2.9.9, Inkscape 0.91 on Linux Mint 17