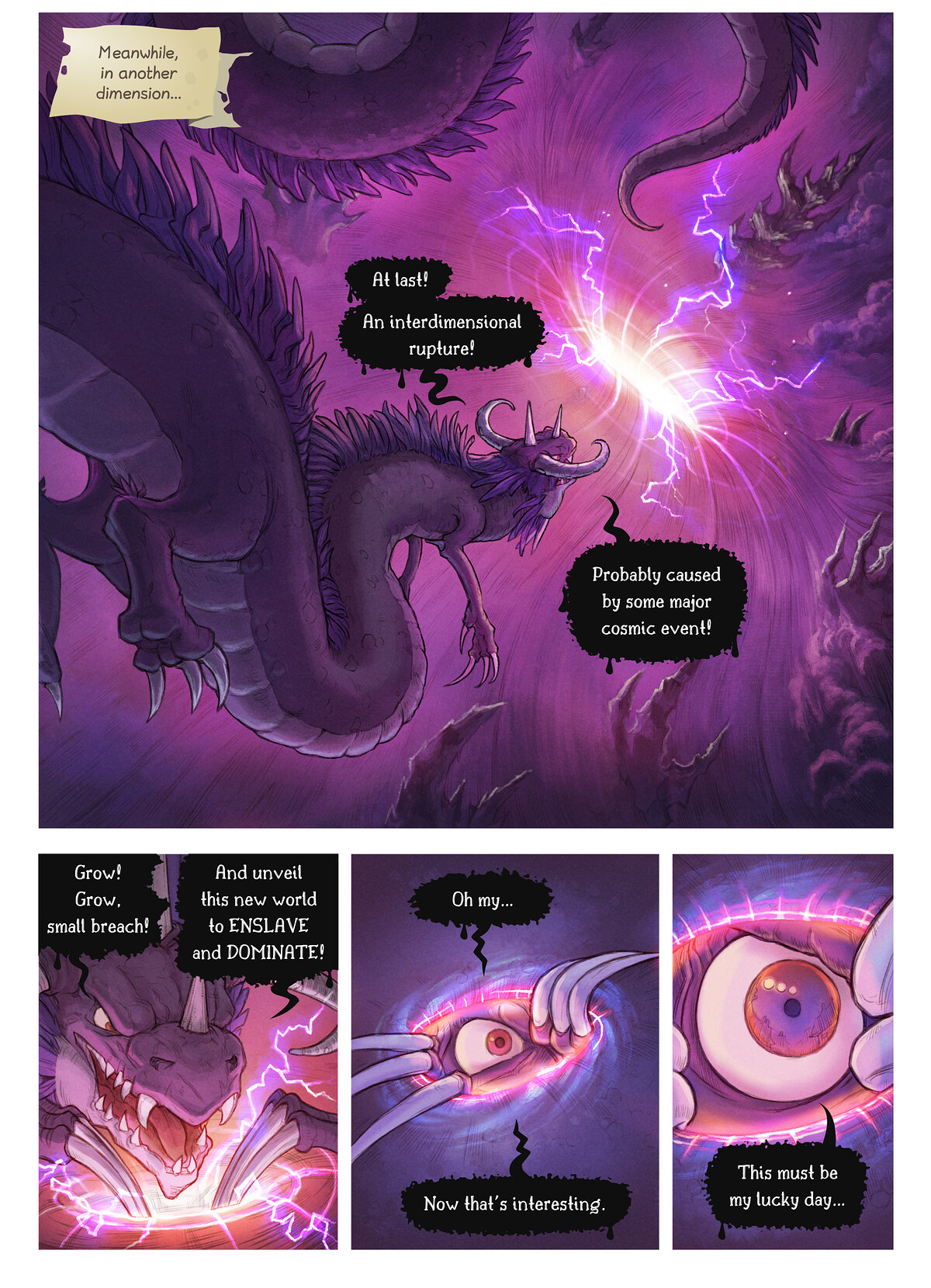 Narrator
Meanwhile, in another dimension…
Monster
At last! An interdimensional rupture!
Probably caused by some major cosmic event!
Grow! Grow, small breach! And unveil this new world to ENSLAVE and DOMINATE!
Oh my… Now that's interesting.
This must be my lucky day… 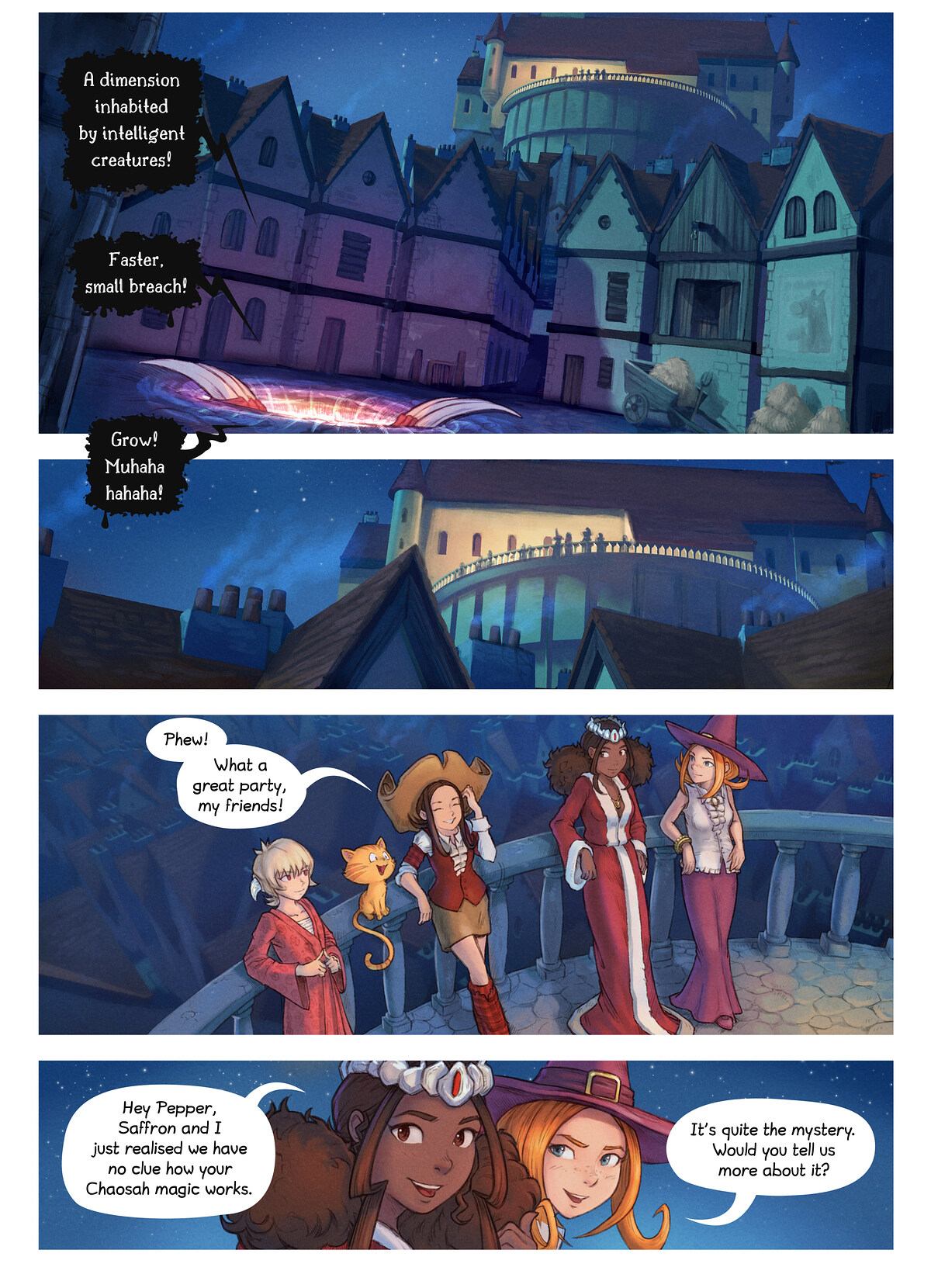 Monster
A dimension inhabited by intelligent creatures!
Faster, small breach!
Grow! Muhaha hahaha!
Pepper
Phew! What a great party, my friends!
Coriander
Hey Pepper, Saffron and I just realised we have no clue how your Chaosah magic works.
Saffron
It's quite the mystery. Would you tell us more about it? 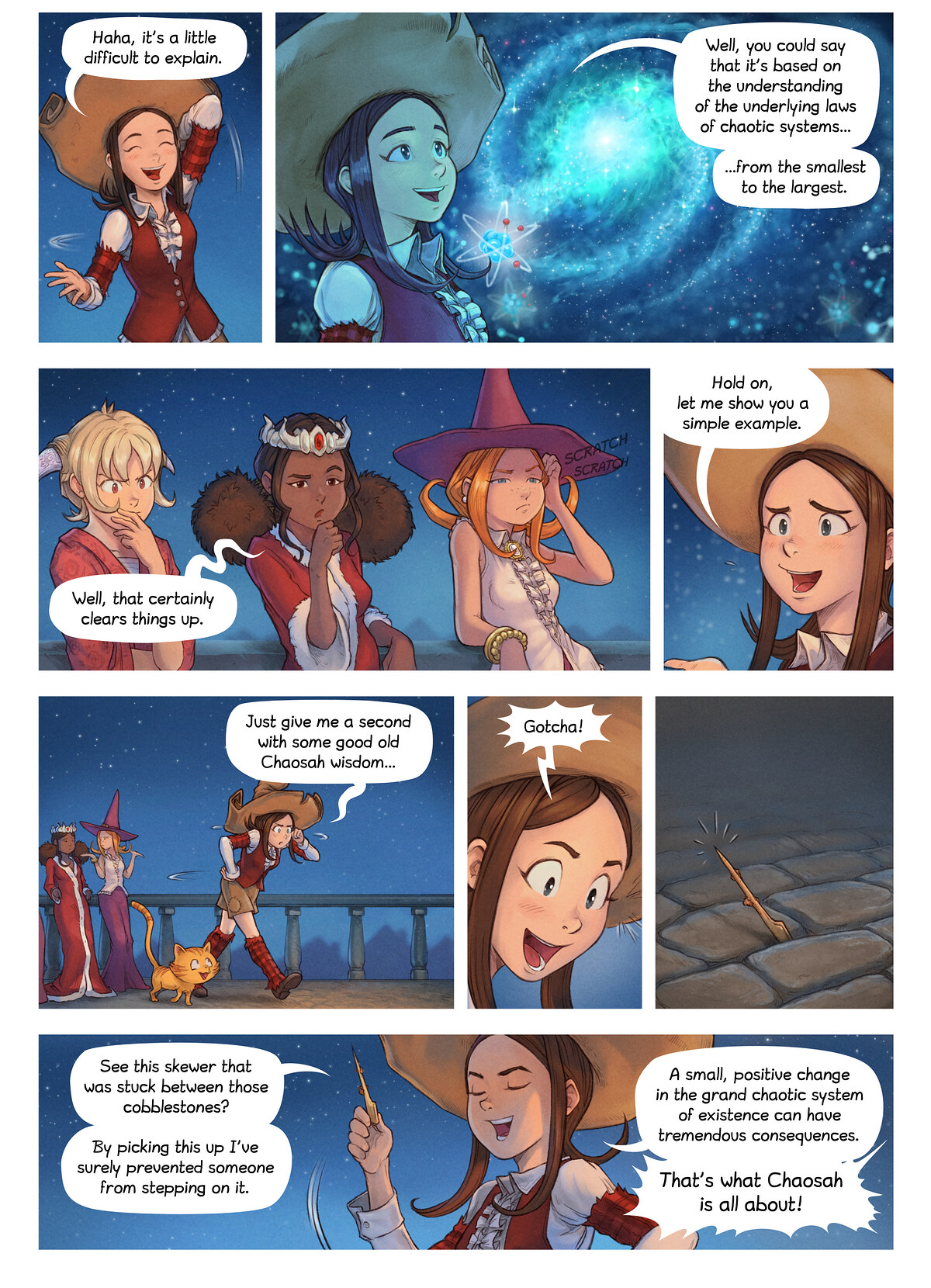 Pepper
Haha, it's a little difficult to explain.
Well, you could say that it's based on the understanding of the underlying laws of chaotic systems… …from the smallest to the largest.
Coriander
Well, that certainly clears things up.
Sound
SRATCH SCRATCH
Pepper
Hold on, let me show you a simple example.
Just give me a second with some good old Chaosah wisdom…
Gotcha!
See this skewer that was stuck between those cobblestones? By picking this up I've surely prevented someone from stepping on it.
A small, positive change in the grand chaotic system of existence can have tremendous consequences. That's what Chaosah is all about! 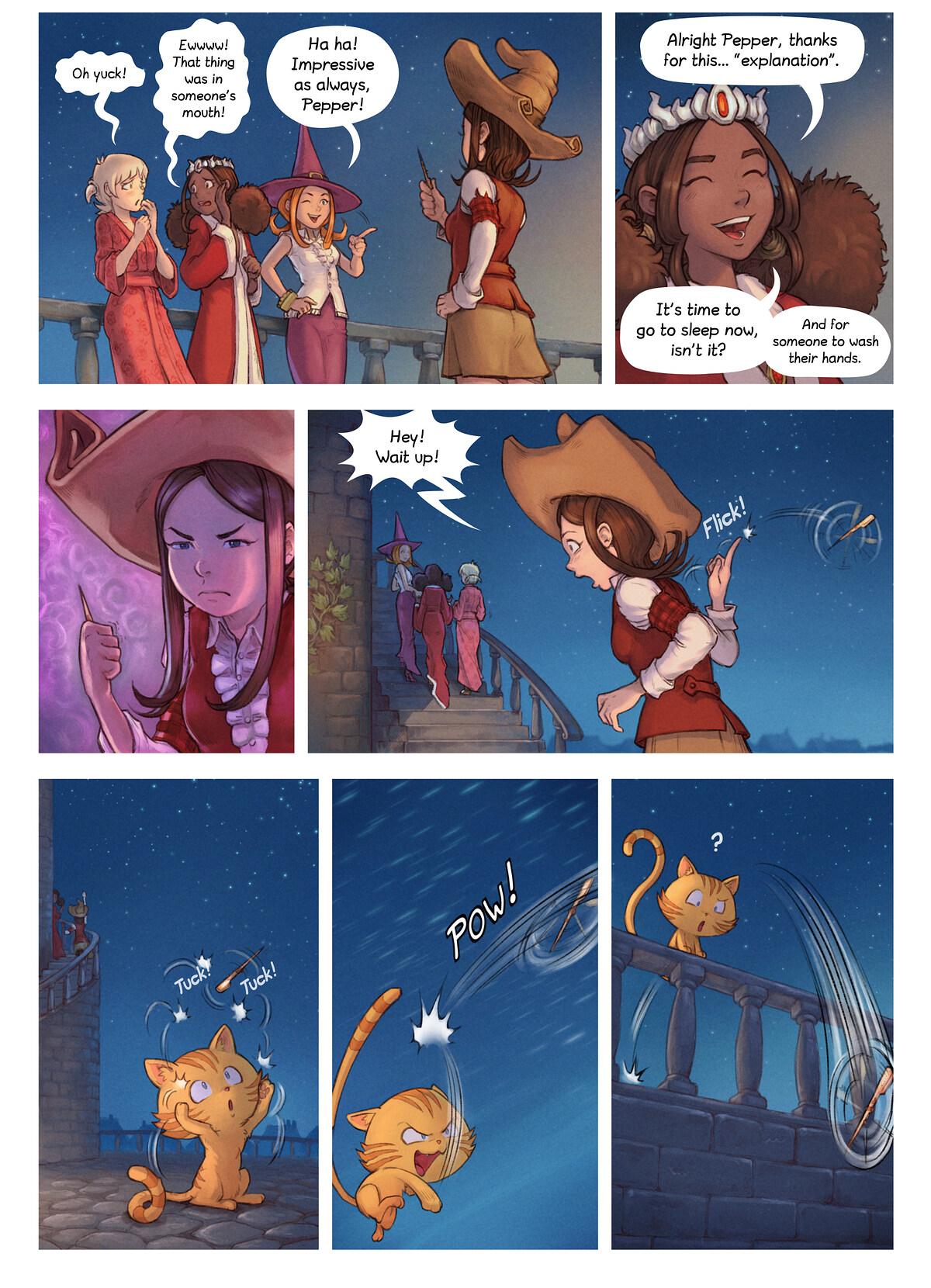 Shichimi
Oh yuck!
Coriander
Ewwww! That thing was in someone's mouth!
Saffron
Ha ha! Impressive as always, Pepper!
Coriander
Alright Pepper, thanks for this… “explanation”.
It's time to go to sleep now, isn't it? And for someone to wash their hands.
Pepper
Hey! Wait up!
Sound
Flick!
Tuck! Tuck!
POW!
Carrot
? 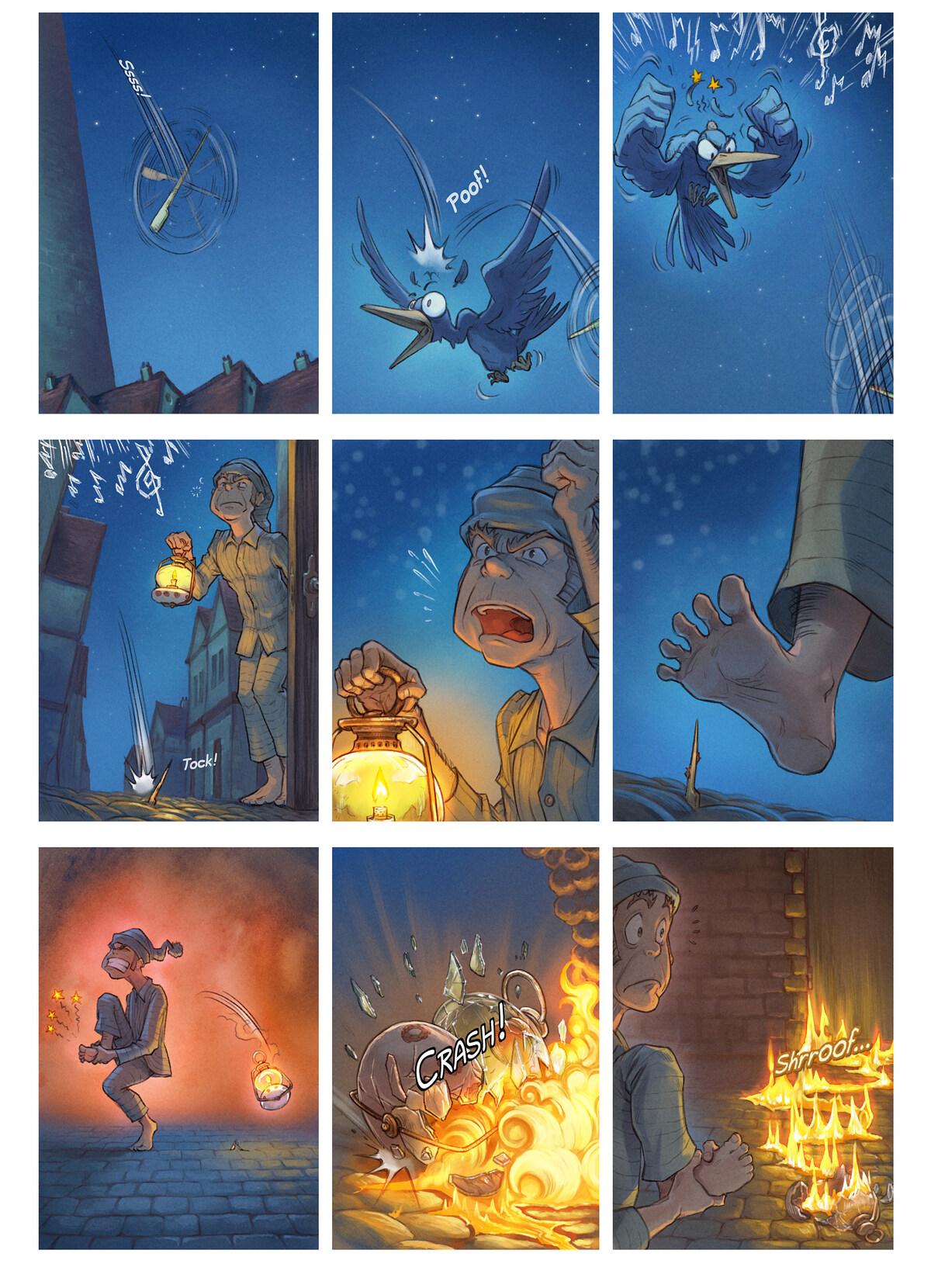 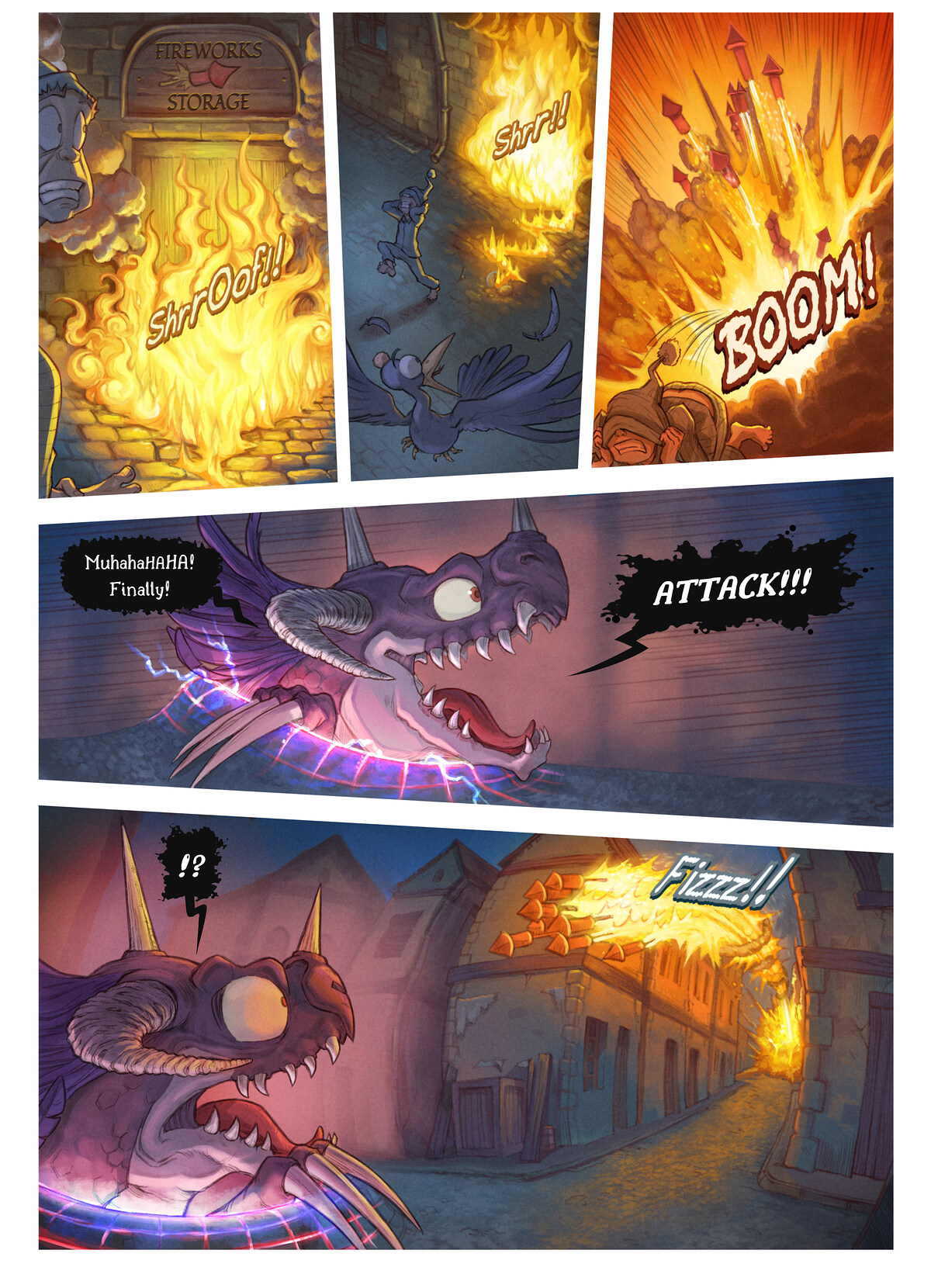 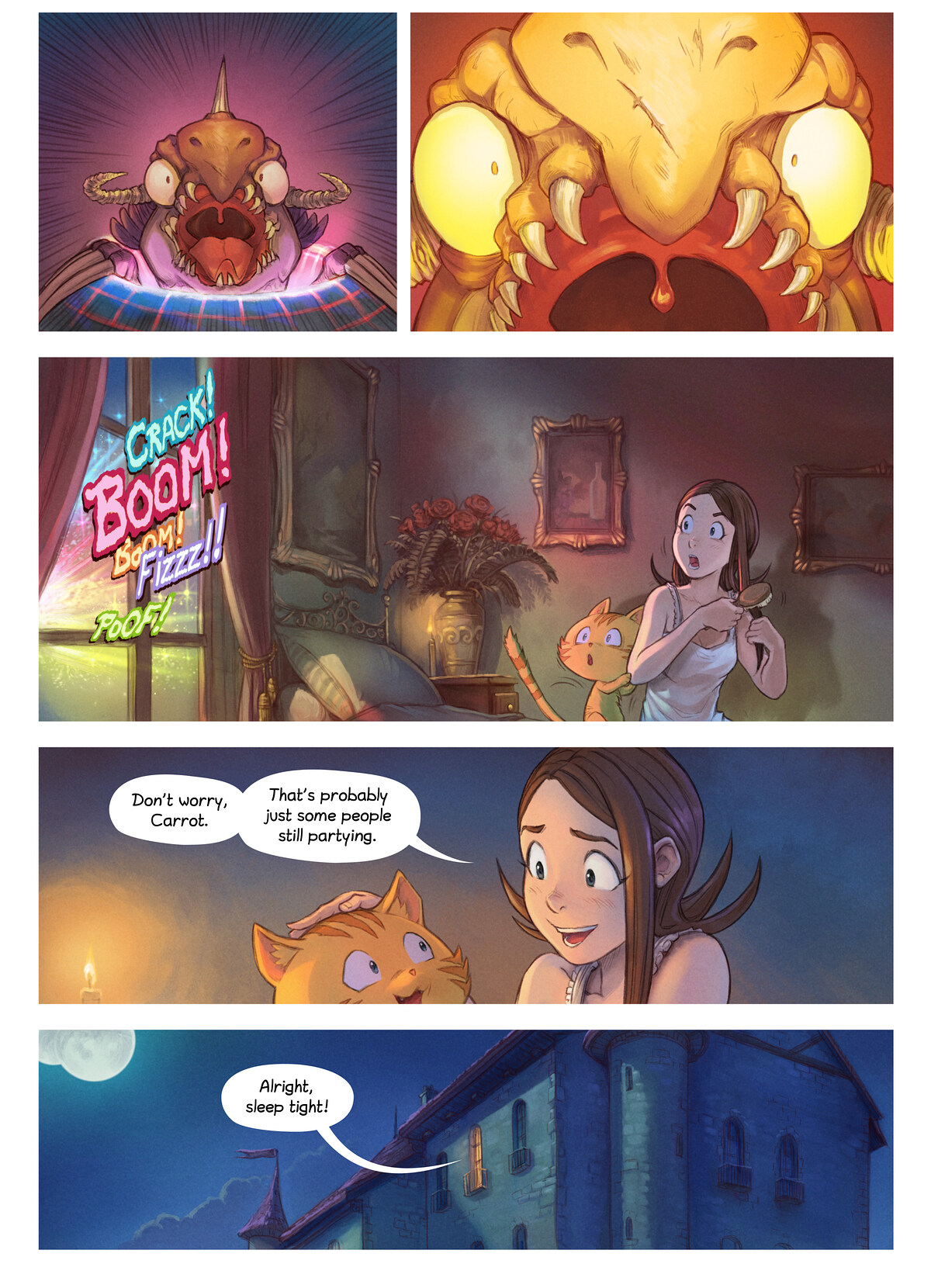 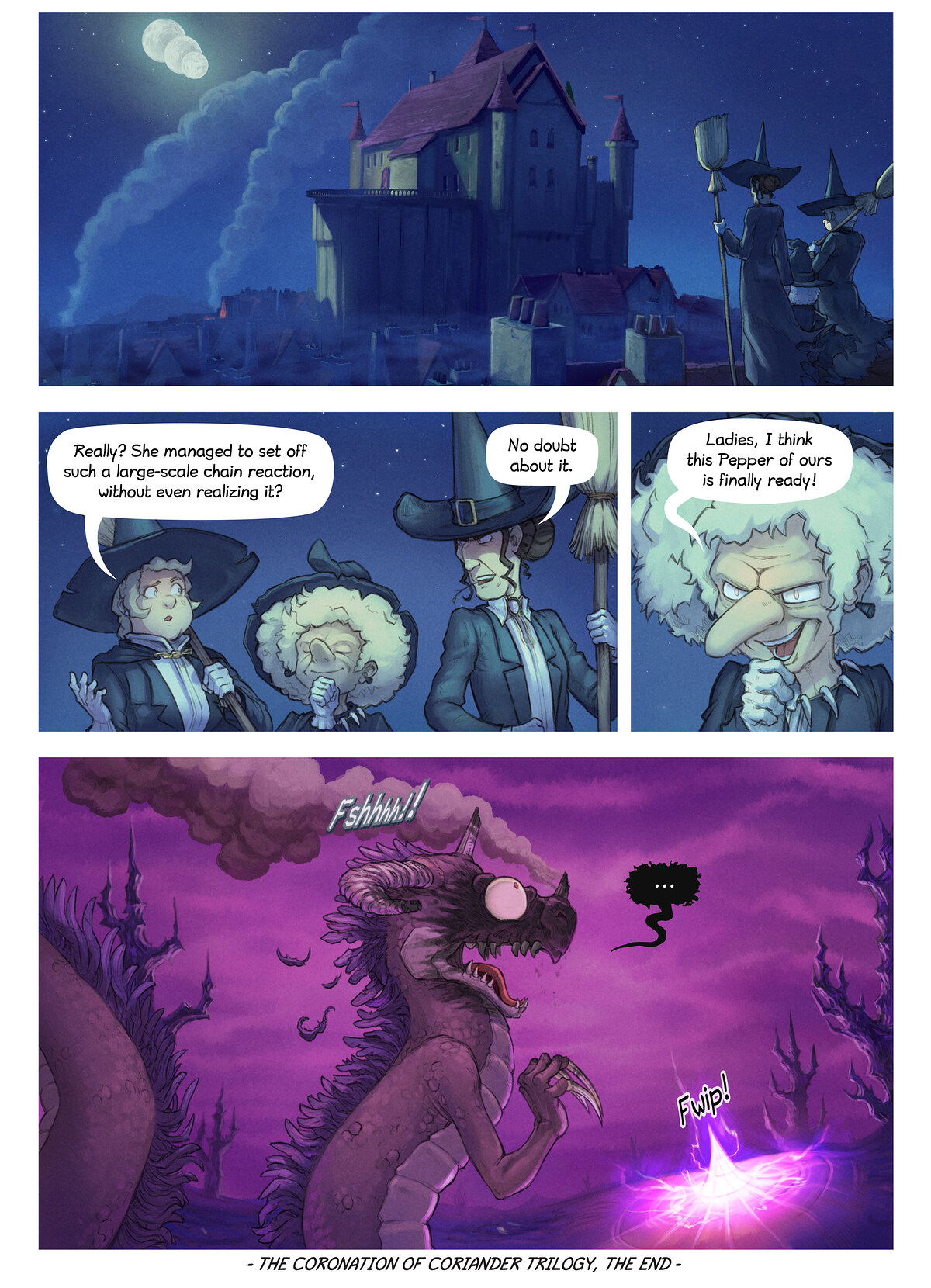 Cumin
Really? She managed to set off such a large-scale chain reaction, without even realizing it?
Cayenne
No doubt about it.
Thyme
Ladies, I think this Pepper of ours is finally ready!
Sound
Fshhhh!!
Monster
...
Sound
Fwip!
Narrator
- THE CORONATION OF CORIANDER TRILOGY, THE END -