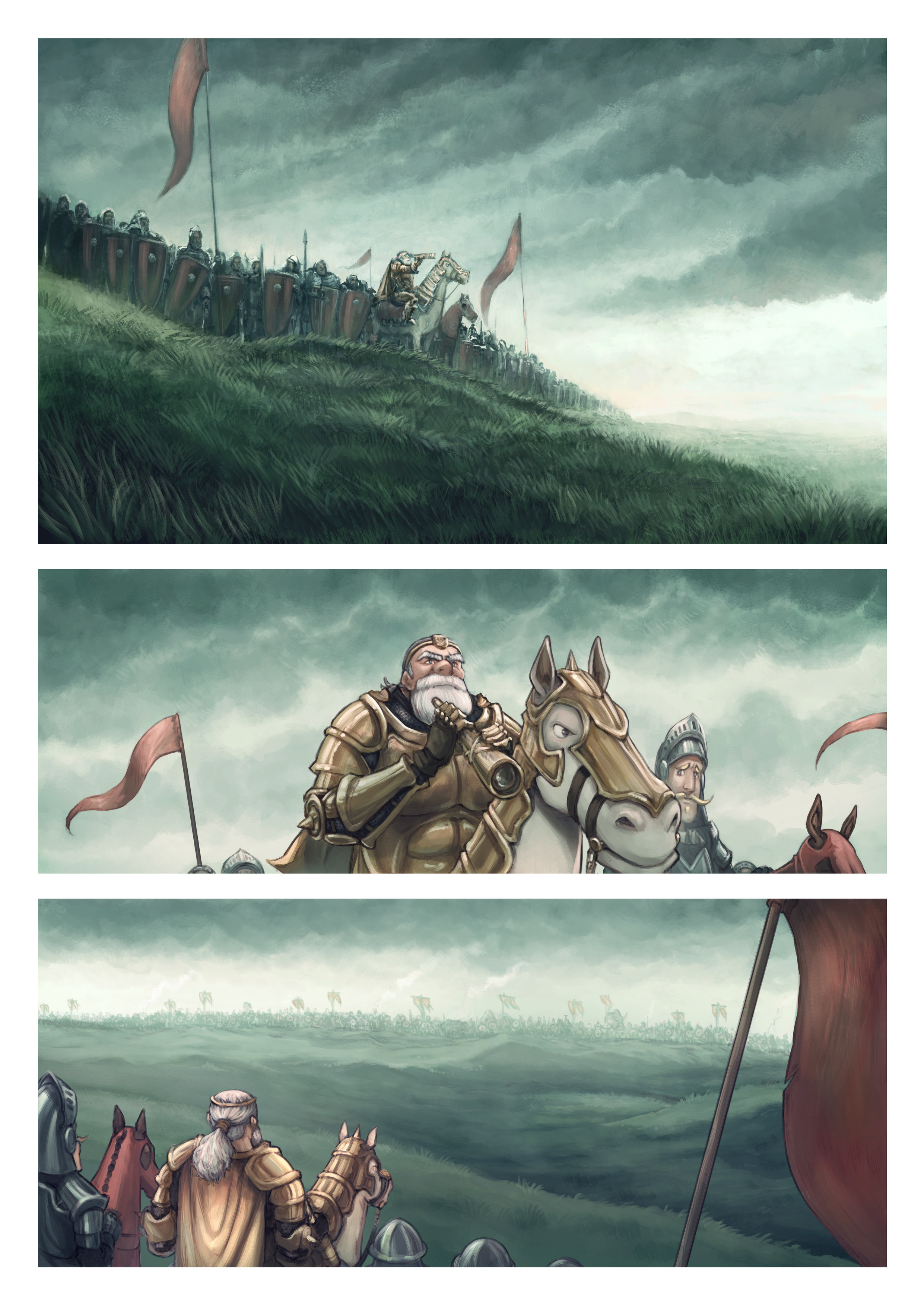 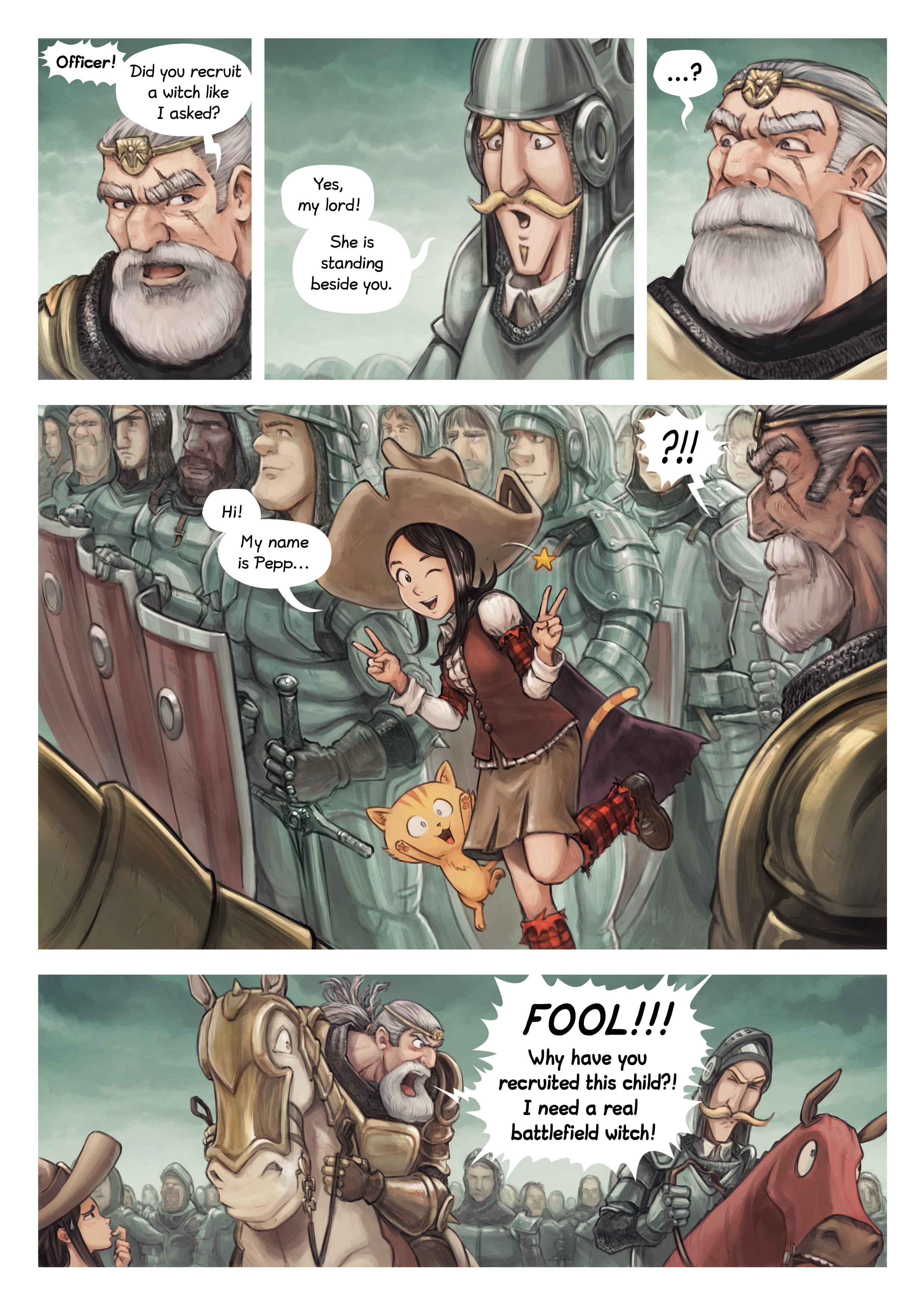 King
Officer! Did you recruit a witch like I asked?
Officer
Yes, my lord! She is standing beside you.
King
...?
Pepper
Hi! My name is Pepp...
King
?!!
FOOL!!! Why have you recruited this child?! I need a real battlefield witch! 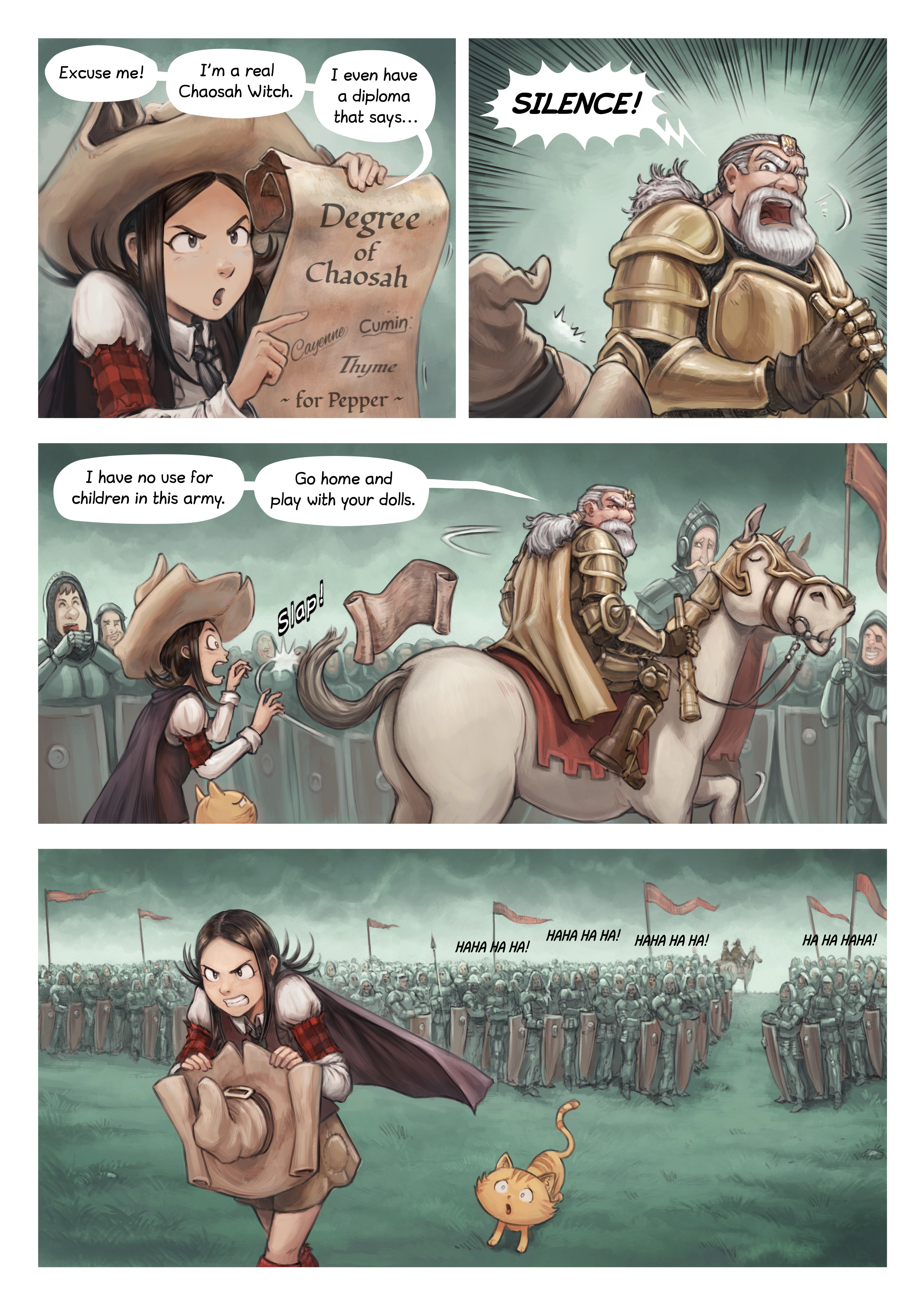 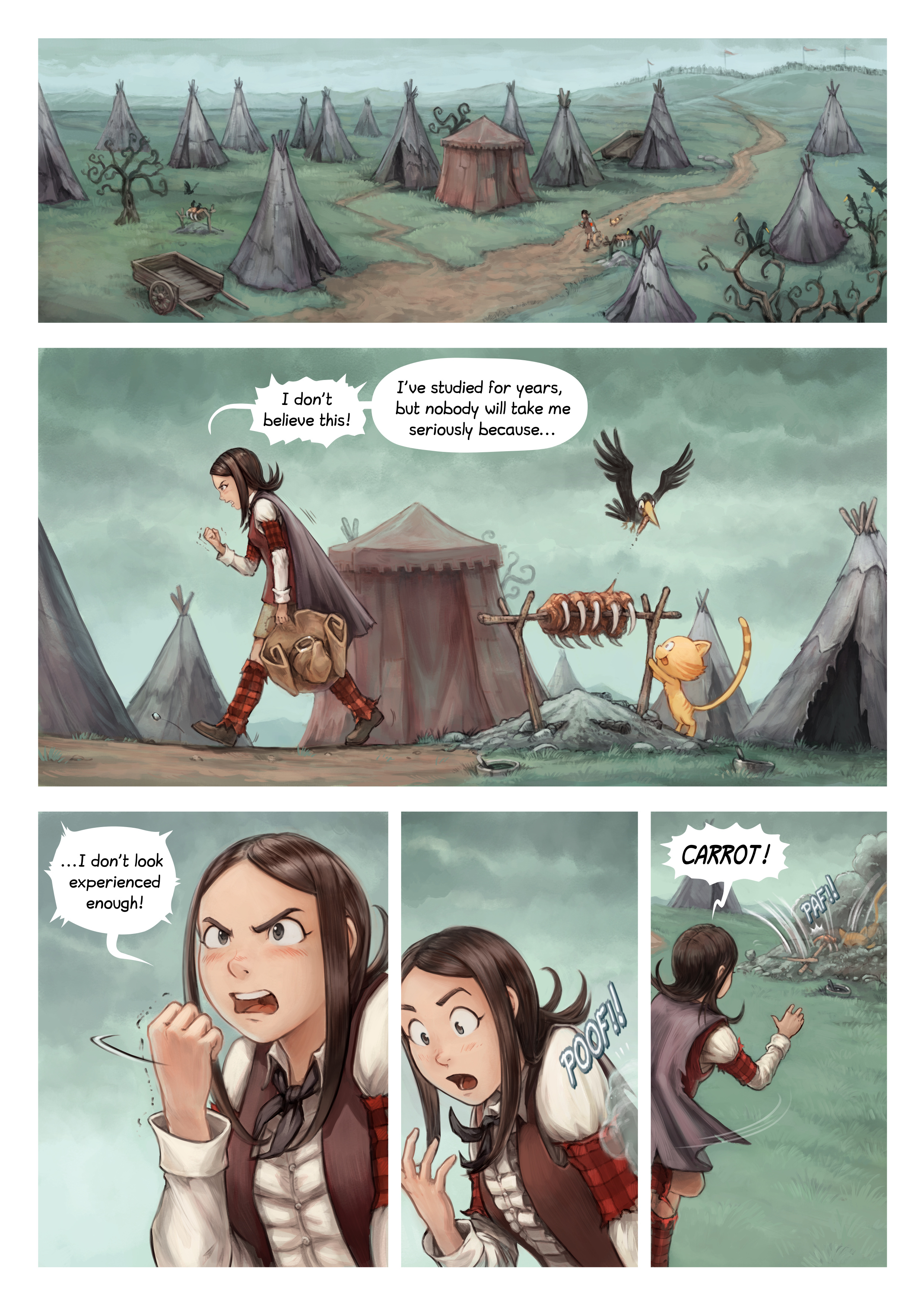 Pepper
I don't believe this! I've studied for years, but nobody will take me seriously because...
...I don't look experienced enough!
Sound
POOF!!
Pepper
CARROT!
Sound
PAF!! 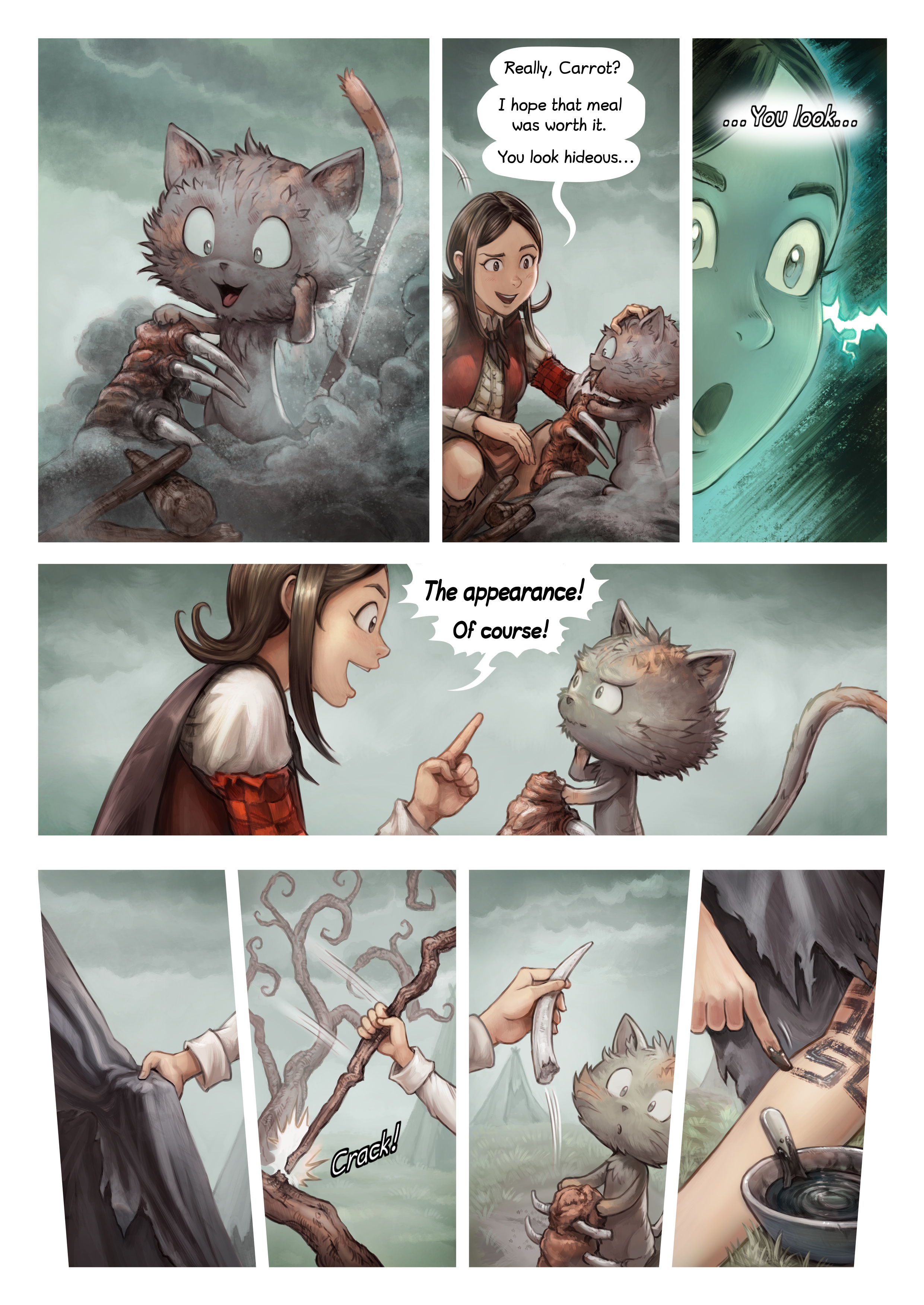 Pepper
Really, Carrot? I hope that meal was worth it. You look hideous...
...You look...
The appearance! Of course!
Sound
Crac! 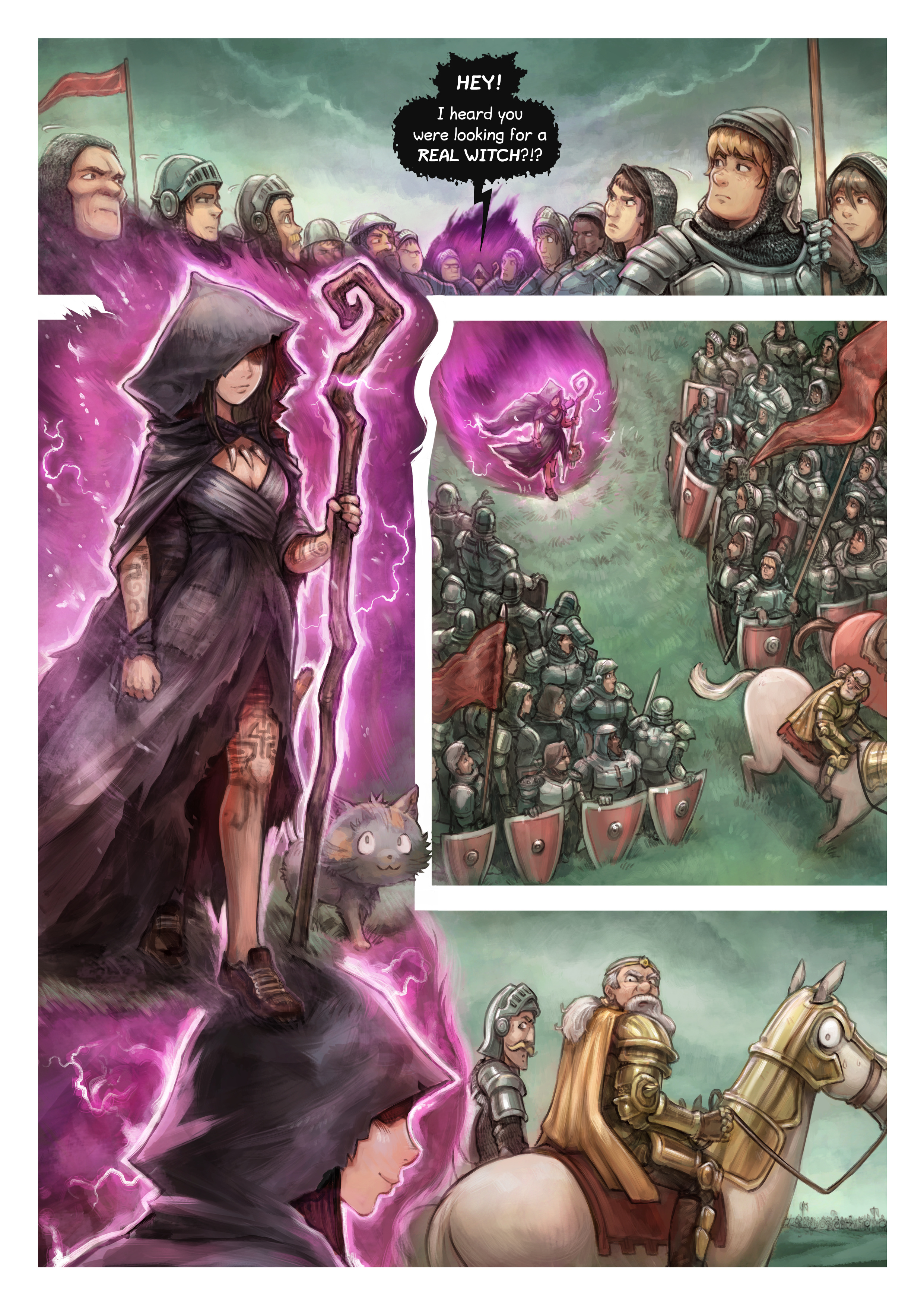 Pepper
HEY! I heard you were looking for a REAL WITCH ?!? 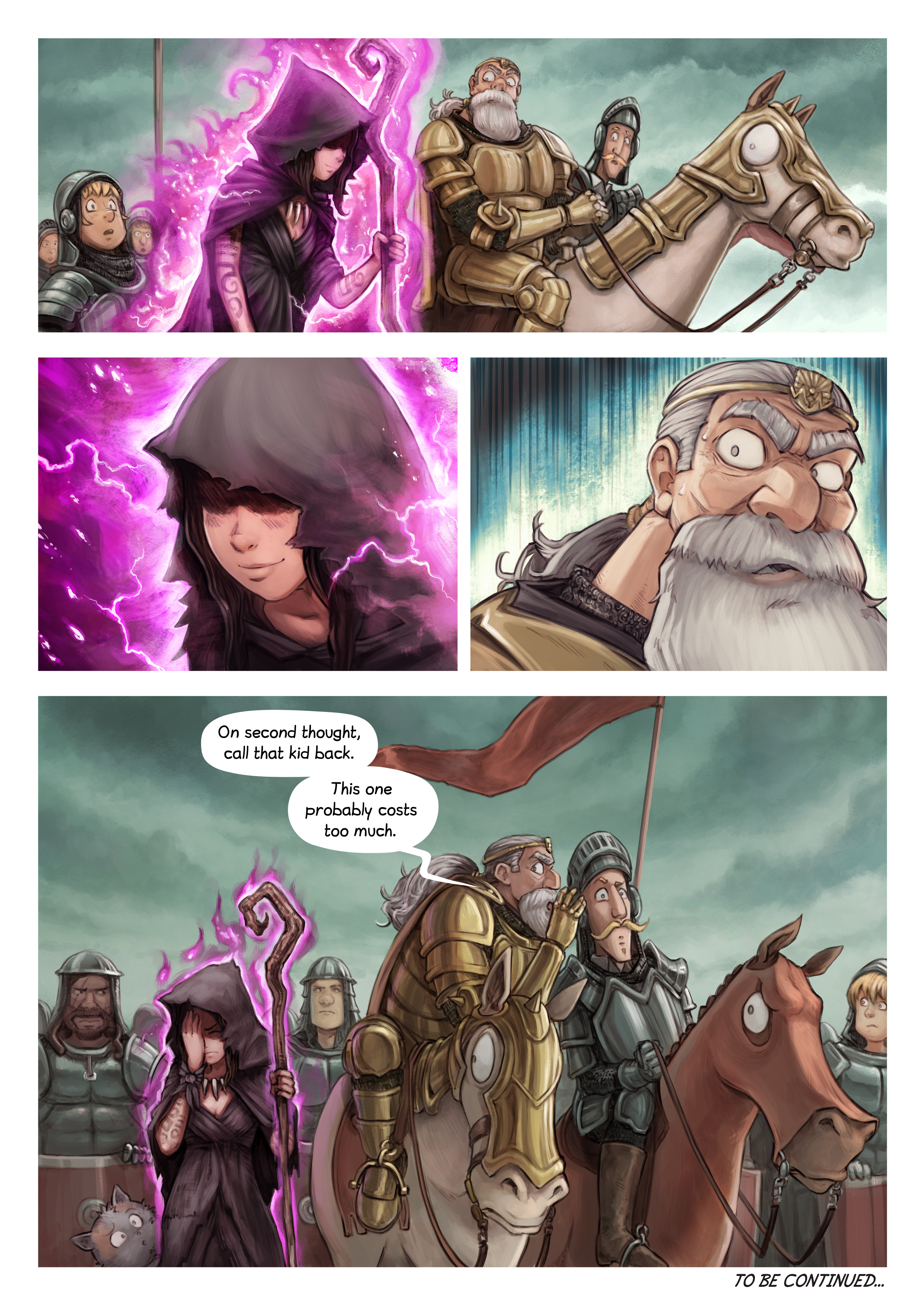 King
On second thought, call that kid back. This one probably costs too much.
Writing
TO BE CONTINUED…