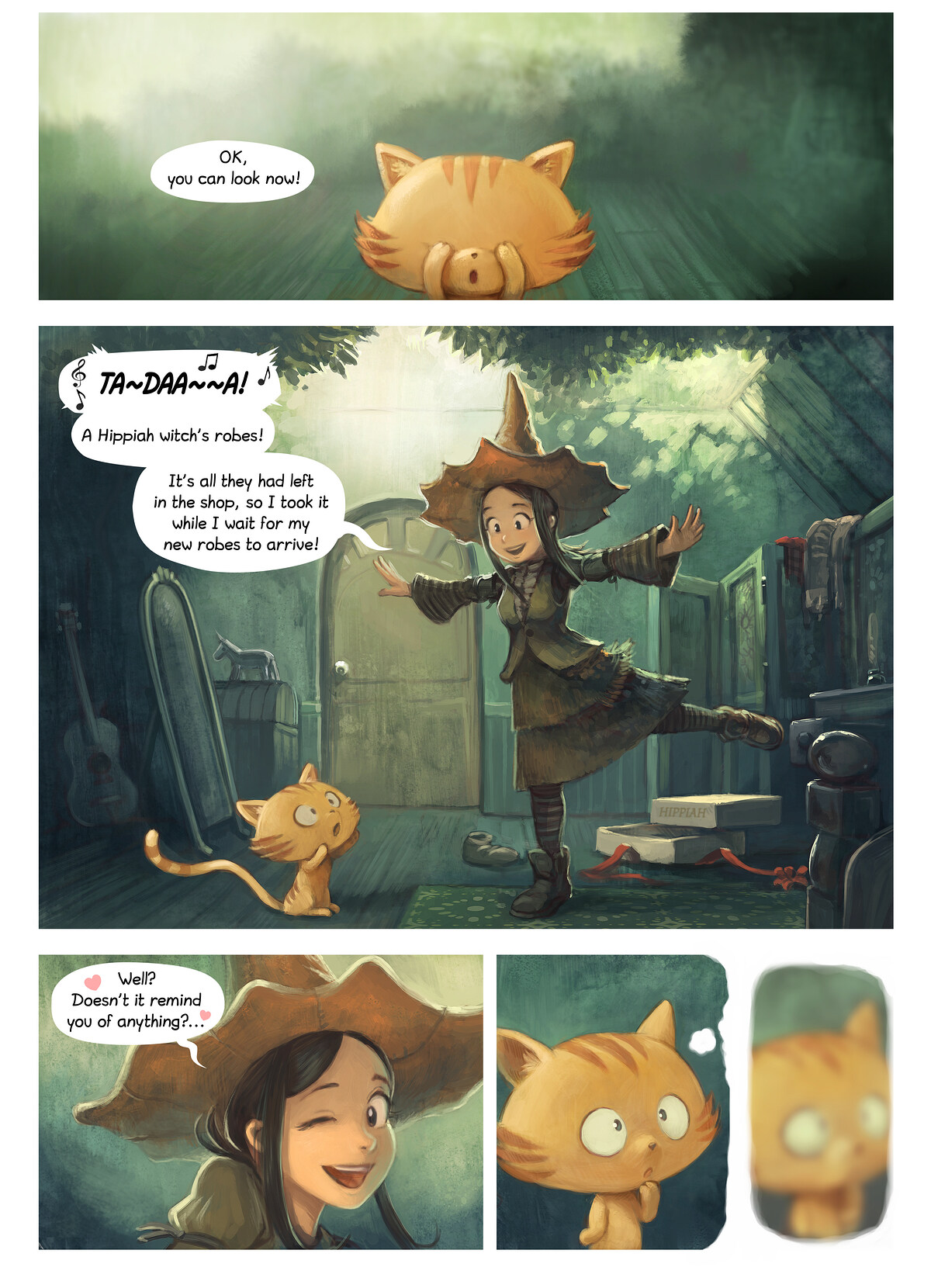 Pepper
OK, you can look now!
TA~DAA~~A! A Hippiah witch's robes! It's all they had left in the shop, so I took it while I wait for my new robes to arrive!
Writing
HIPPIAH
Pepper
Well? Doesn't it remind you of anything?... 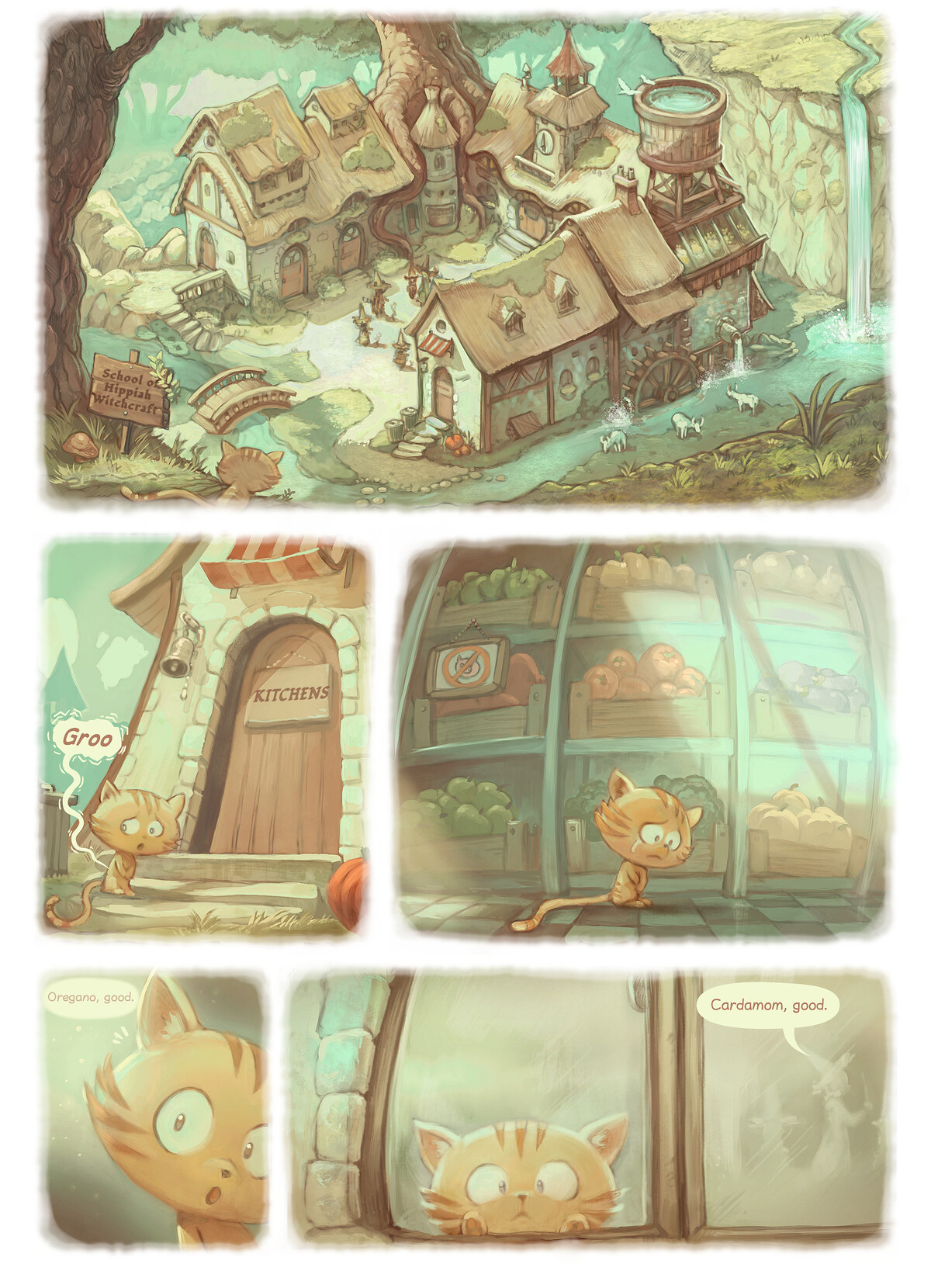 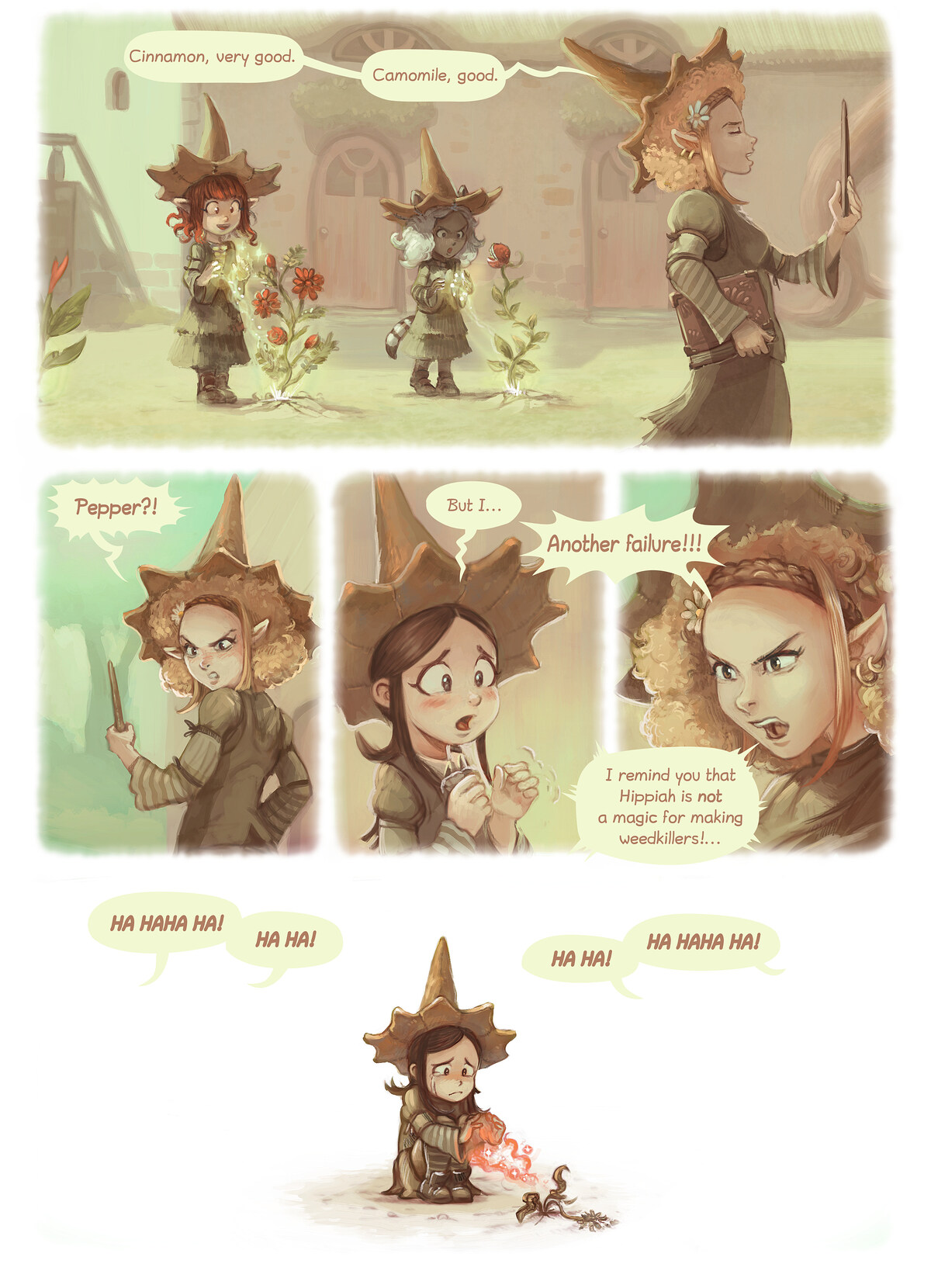 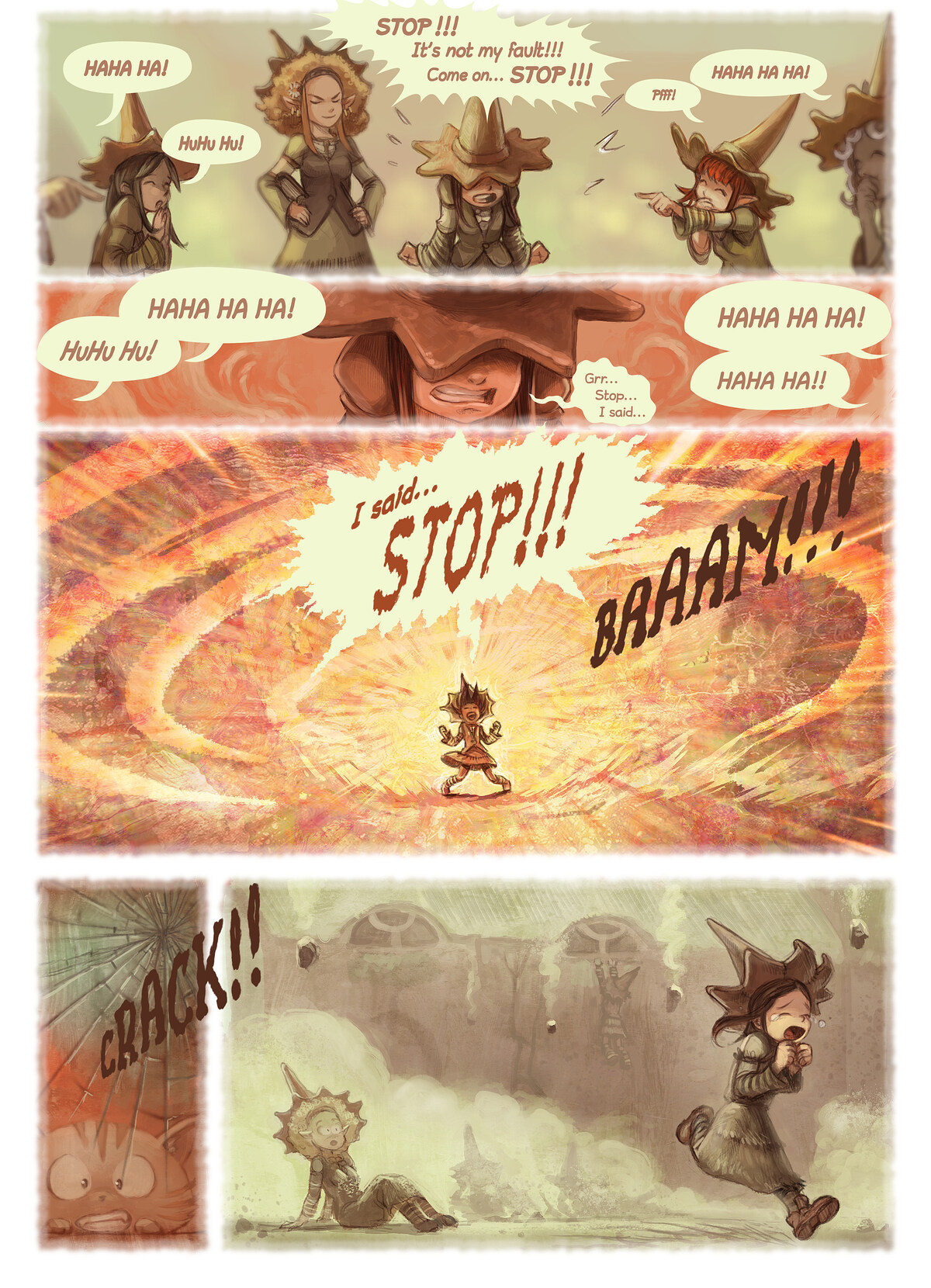 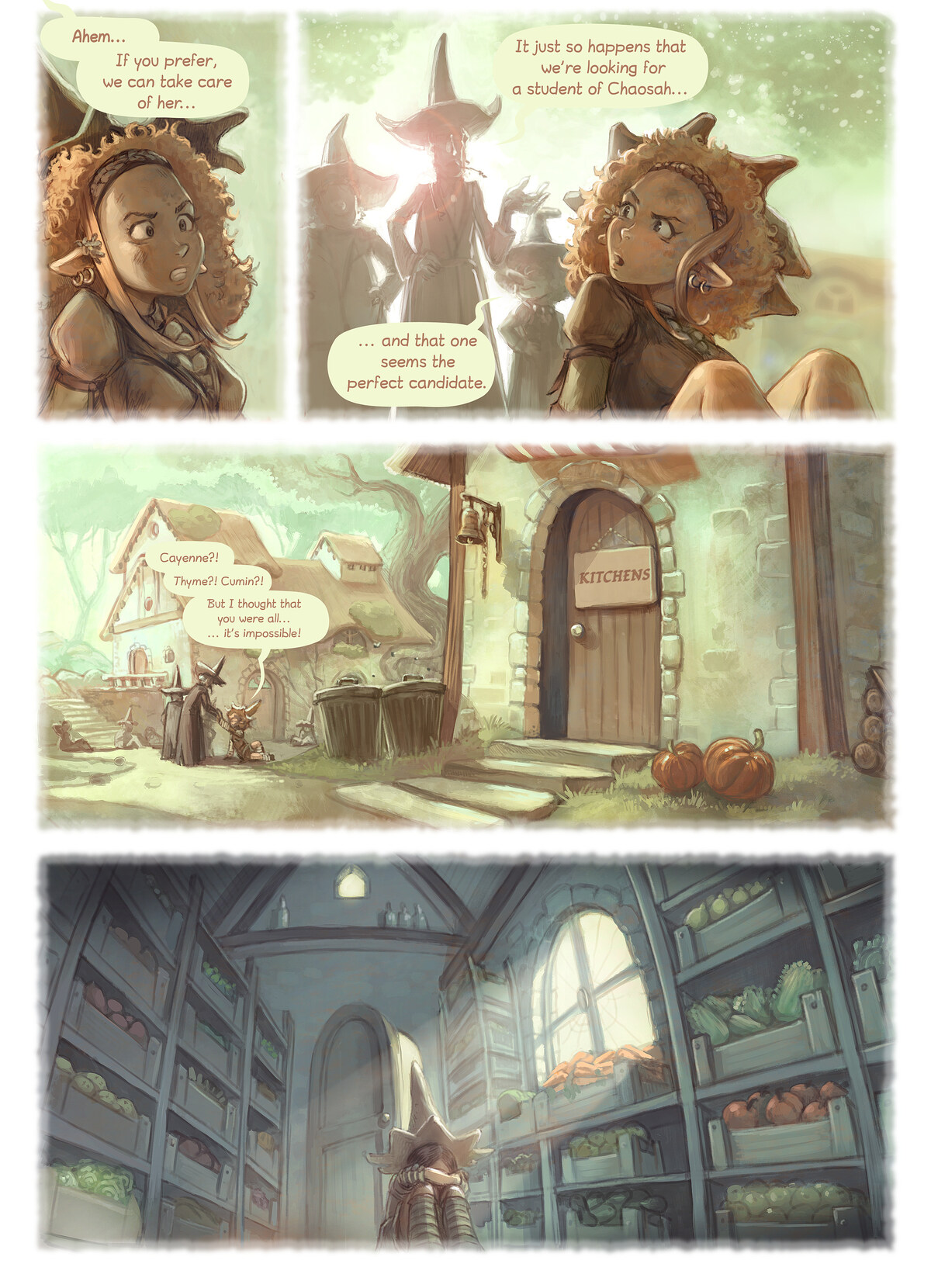 Cayenne
Ahem... If you prefer, we can take care of her...
It just so happens that we're looking for a student of Chaosah...
Thyme
... and that one seems the perfect candidate.
Basilic
Cayenne?! Thyme?! Cumin?! But I thought that you were all... ... it's impossible!
Writing
KITCHENS 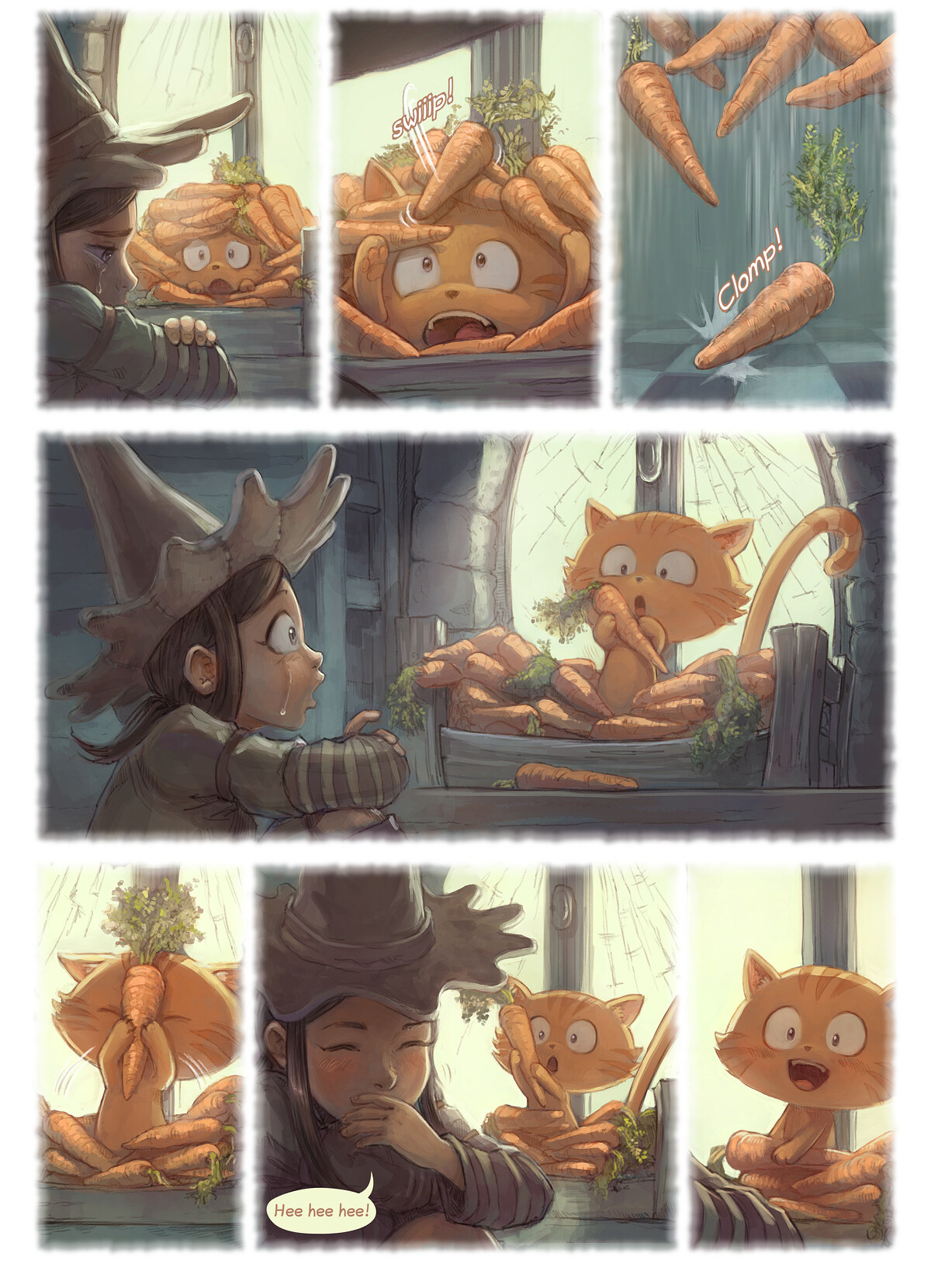 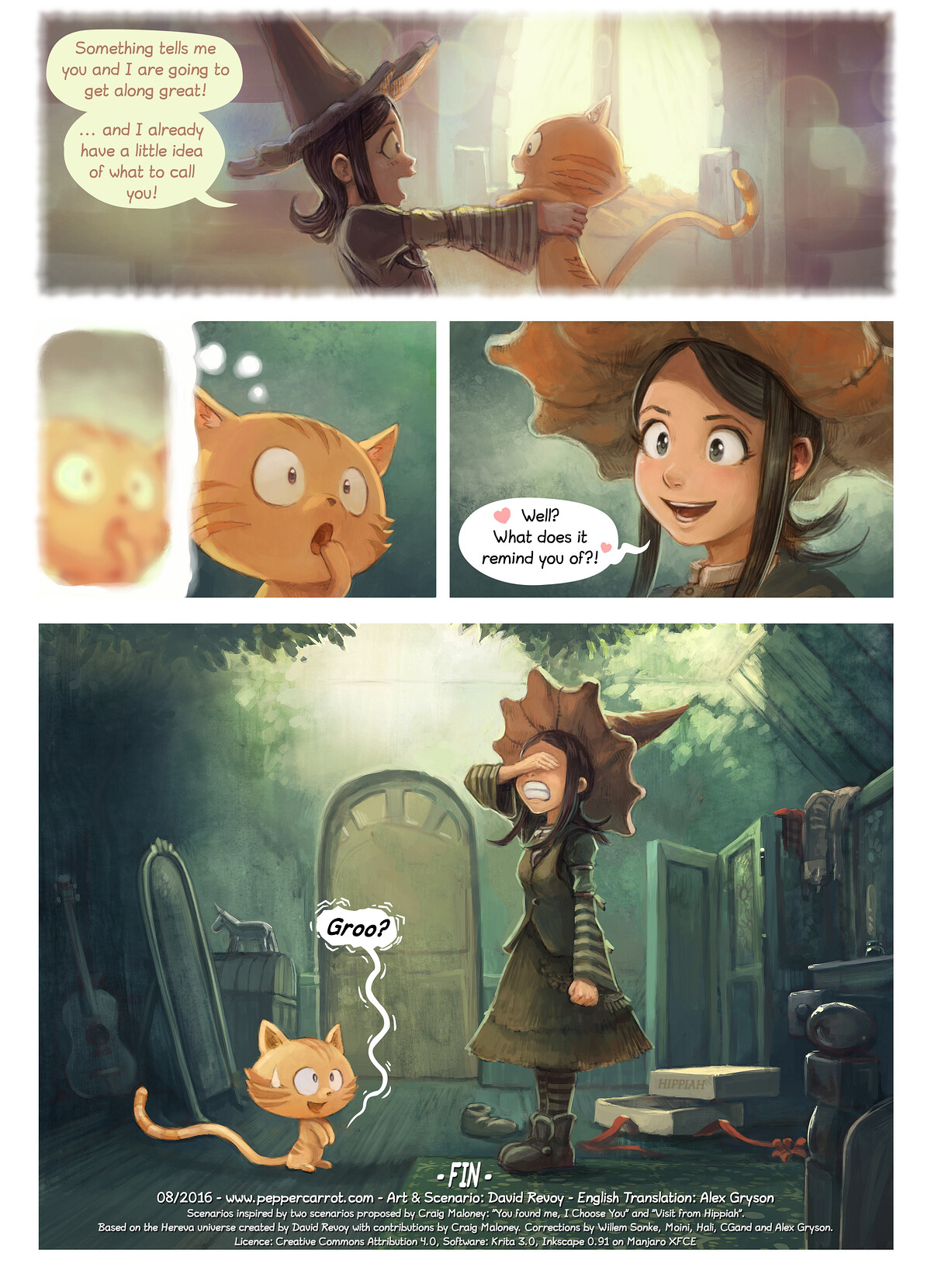 Pepper
Something tells me you and I are going to get along great! ... and I already have a little idea of what to call you!
Well? What does it remind you of?!
Carrot
Groo?
Writing
HIPPIAH
Narrator
- FIN -
Credits
08/2016 - www.peppercarrot.com - Art & Scenario : David Revoy - English Translation : Alex Gryson
Scenarios inspired by two scenarios proposed by Craig Maloney: "You found me, I Choose You" and "Visit from Hippiah".
Based on the Hereva universe created by David Revoy with contributions by Craig Maloney. Corrections by Willem Sonke, Moini, Hali, CGand and Alex Gryson.
Licence : Creative Commons Attribution 4.0, Software: Krita 3.0, Inkscape 0.91 on Manjaro XFCE 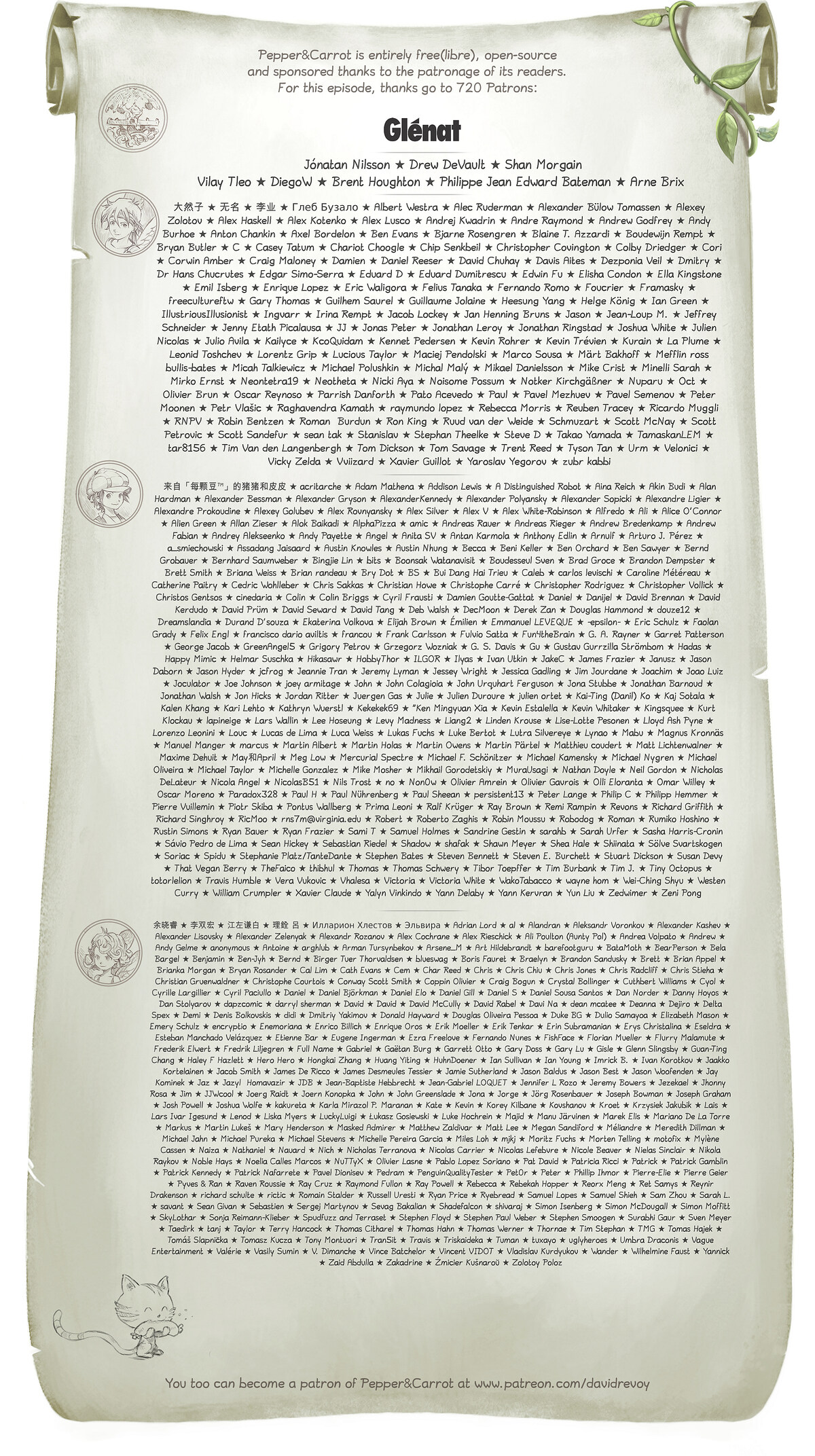 Credits
Pepper&Carrot is entirely free(libre), open-source and sponsored thanks to the patronage of its readers. For this episode, thanks go to 720 Patrons:
You too can become a patron of Pepper&Carrot at www.patreon.com/davidrevoy